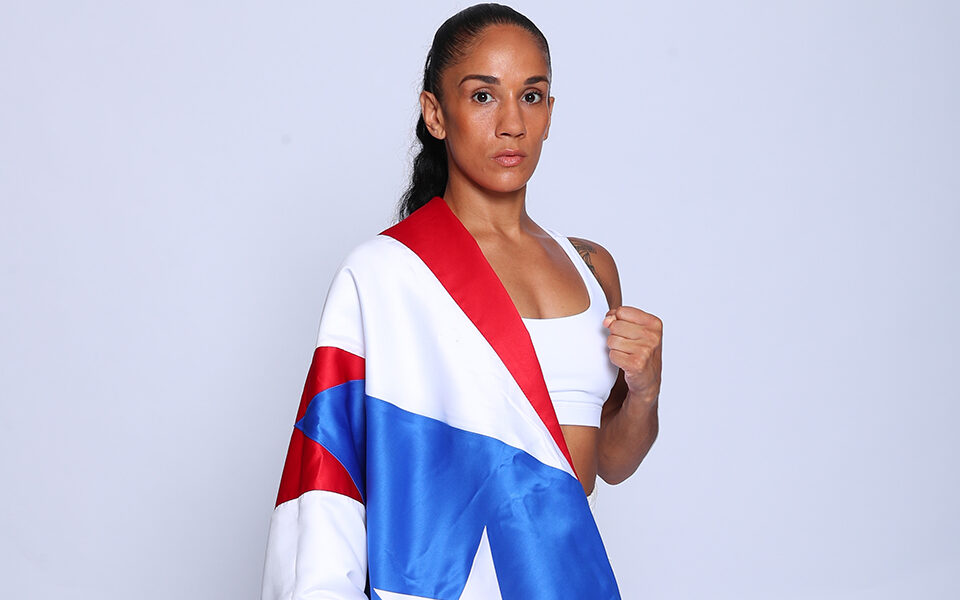 “It means a lot to women’s boxing for me to be in this position to perform on this stage,” said Serrano. “We deserve to be in the spotlight. I’ll perform like I always do and represent for women’s boxing the best way I know how. I’m very excited that they chose me for this event.”

In an event headlined by the renowned content creator and pro boxer Paul, who will be taking on his toughest test to date in the ring against the former UFC champion Woodley, Serrano knows that her style will help her gain fans on this big platform.

“Expect this to be a war, because I always bring the fireworks,” said Serrano. “I have a fan-friendly style and I’m going out there to finish my opponent. That’s what the fans want to see.

“Don’t blink during this one, because even though she’s a tough fighter with a lot of heart, this could be a short fight. I give her a lot of credit for accepting this fight right away. I know that I’m facing a tough Mexican fighter, but I’ll beat her at her own game!”

Already the most-decorated fighter in women’s boxing, having won world titles at every weight class from 115 to 140 pounds, the Brooklyn-based fighter currently has her sights set on becoming undisputed at featherweight, which means eventually luring the other 126-pound titlists into the ring with her.

“If Erica Cruz and Sarah Mahfood want to be considered the best, they have to face me,” said Serrano. “Each of them was offered the biggest purse of their career to face me on August 29, and they turned it down. I want to be undisputed in this division, but they refuse to take any chances. All I can do right now is train to be at my best and make another statement against Mercado.”

Throughout her training for this fight, Serrano has had the opportunity to train side-by-side with the event’s headliner in Paul. While she sees Paul doing what is necessary to reach his ultimate dreams, she too is intrigued by his matchup against the very tough Woodley on August 29.

“Jake is an up-and-coming fighter who’s taking all the right steps,” said Serrano. “He’s learning on the job and he’s shown that he’s a very hard worker. He’s got a positive team around him and I’m excited to see how he fights Tyron Woodley. Woodley is a great fighter and I’m looking forward to seeing how that matchup plays out.”