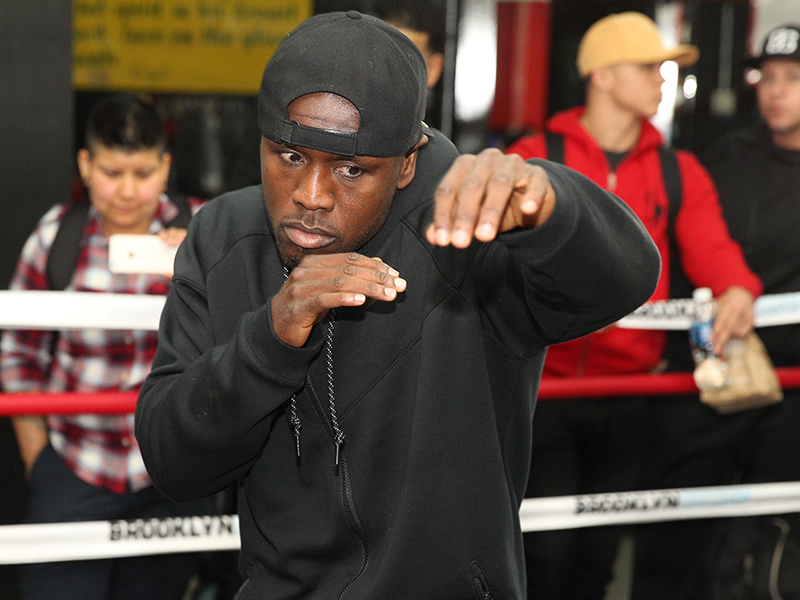 Tickets for the live event, which is promoted by DiBella Entertainment, start at $50 (not including applicable fees) and are on sale now. Tickets can be purchased online by visiting www.ticketmaster.com, www.barclayscenter.com or by calling 1-800-745-3000. Tickets are also available at the American Express Box Office at Barclays Center. Group discounts are available by calling 844-BKLYN-GP.

Rounding out the group of fights participating in Wednesday’s workout were undefeated local prospects Julian Sosa and Richardson Hitchins, who will compete in separate bouts on Saturday night.

Here is what the fighters had to say Wednesday from Gleason’s Gym: 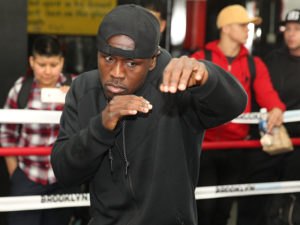 “This is what we work hard to get to. All the weeks that we put into training camp have been tremendous. As athletes, we spend a lot of time trying to fine tune our craft for a reason. We’re looking to see the harvest on Saturday night.

“I really had a tremendous training camp. I tried to stay away from everything else as much as I can. I’m dialed-in right now.

“You’re always going to have people with you and against you in this sport. Our job is to work hard and do the best we can in the ring and give the fans a great show.

“My focus right now is on this fight night on Saturday. Everything that comes after it will take care of itself. I just have to make sure all my energy is used towards getting this win.

“There are a lot of great world champions out in camp with me and we all work hard and feed off of each other.

“I’ve been ready waiting for the call for a big fight and this came together and I couldn’t be happier. It’s going to be a great night.

“I took a little bit from his fight with Keith [Thurman]. We’ve seen the tape and we’ll try to use it logically. We’re focused and ready to go to work.”

“The fans here are real. The energy is always great. There’s so much history in this gym and in this city. It’s a 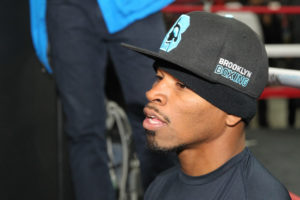 lways an honor to be a part of it.

“This is a very important fight for me. I’ve watched Berto since the amateurs and on into the pros. I’ve seen him do it all. I’ve seen the best of his career and the worst. I’m going to do what it takes to end up on the right side of this.

“People have definitely seen a great deal of my talent in the last fight with Thurman. People know what I can do in the ring but I’m always working on taking it to another level.

“I don’t feel pressure to make this an exciting fight. I love that people are looking forward to watching me fight. When I do what I do, people know that it’s going to be exciting. I never have to worry about that part.

“I was at the Keith Thurman vs. Danny Garcia and I thought that it could have been me that night. But I’ve reminded myself that my time is coming and this is the first step towards that.

“There are some things I have in my arsenal that the world hasn’t seen yet. I’m going to show everyone a little bit more than last 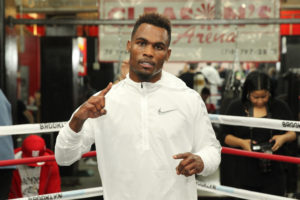 “I’m ready to go 12 rounds. I’m excited about this fight. I’ve picked up a lot of things in training and I’m ready to shine.

“I want to make a statement with a knockout, but if it doesn’t happen, I’m ready to do what I have to do. I can’t put too much pressure on myself, I just have to take care of business.

“From growing up in the boxing world, I’ve had to slowly realize how big of a stage I have. I try to help out young fighters on how to get to this point.

“Charles Hatley is a good fighter. He comes with pressure and he likes fighting. He’s got a good style and he can bob and weave and be slick.

“I’m excited about fighting in Brooklyn for the first time. Everyone knows the fans in New York are great because they’re real and they know their stuff. I’m hoping to give them something to remember.

“Training camp went very well. We added a few things to camp based off of the last fight. I felt like there were a few flaws that I 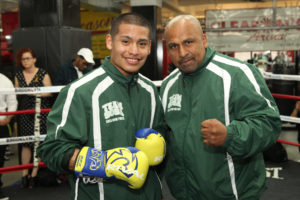 needed to correct. We had extra strength and conditioning, more miles on the road and some sparring with more advanced competitors. I can’t wait until fight night.

“Having guys like Richardson Hitchins and Jonathan Alonso in the gym with me is great. They’re hungry fighters just like me. It gives me motivation, but we’re also competing. We all want to do better than each other. I love the atmosphere.

“Being able to perform at Barclays Center in my hometown in Brooklyn is really humbling. This is a great platform for me. All I can do to show my appreciation is train really hard and when fight night comes, I just have to shine.”

“My first fight was more than a dream come true. But I’m looking to steal the show every time I’m in the ring. This is going to be 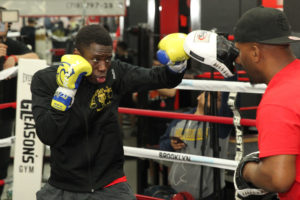 another special performance. I’m going to put on a show.

“I’ve had a great training camp. I didn’t really take any time off after my last fight. I feel strong. I’m grateful that my team has me busy and I’m ready to keep going.

“It feels good to be fighting in front of my hometown fans once again. I love seeing everybody come out and support me. It’s going to be a great fight on Saturday night.

“I grew up with guys like Julian so having them in my professional camp is great. We’ve been doing this forever and just motivating each other to get better. We have fun every day in the gym.”