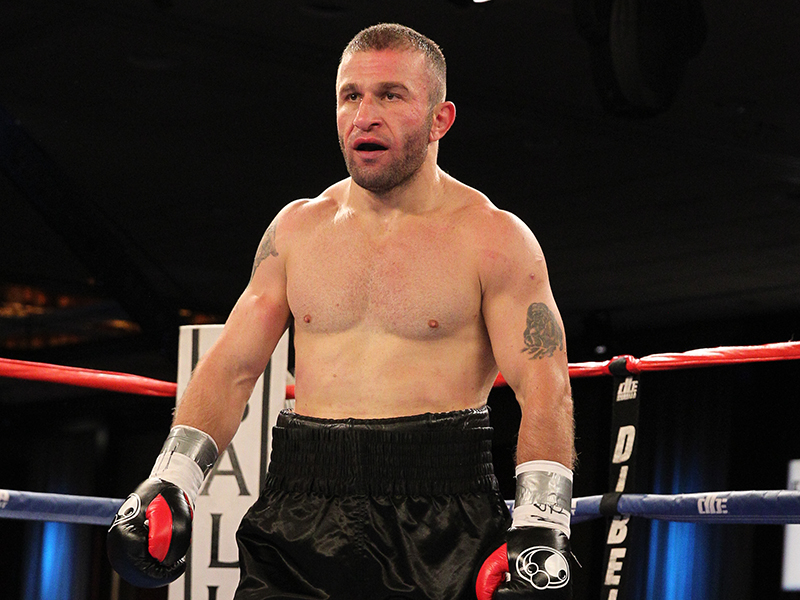 Khurtsidze (30-2-2, 20 KOs) steps in to face GH3 Promotions’ Douglas (19-0-1, 13 KOs) in a 10-round middleweight bout for the WBO International title after Sam Soliman pulled out of the fight last week with a knee injury.

Khurtsidze, of Brooklyn, N.Y. by way of Kutaisi, Georgia, has won eight straight – including six by knockout – since dropping a controversial decision to then-unbeaten Hassan N’Dam in a bout for the vacant interim WBA World Middleweight Title in Paris in 2010.

Khurtsidze was scheduled to face N’Dam in a rematch last November 21 in Paris, but the event was cancelled following the tragic November 13 terror attacks in France.  The rematch with the former world champion was to be contested for the IBF No. 2 spot at 160 pounds.

A pressure fighter, Khurtsidze was also slated to fight last week on a DiBella Entertainment Broadway Boxing event and has been training since the fight with N’Dam was called off.  The 36-year-old, who has also campaigned at super middleweight, is coming off a knockout victory over Melvin Betancourt last August.

“Avtandil is a world class guy, a former silver titlist and has been at the top of the division for years,” said Lou DiBella, President of DiBella Entertainment. “This is a great opportunity for him and a huge step up for Douglas.  Avtandil had been on his way to France to fight for the No. 2 ranking against N’Dam when the tragic terrorist attacks hit Paris, which was a terribly unfortunate situation for all.  Now, he looks to impress in this fight against the highly regarded Douglas.  The winner of this bout moves up significantly in the middleweight world rankings and will be in line for a major fight in the 160-pound division later this year.”

In the main event of the SHOWTIME BOXING: SPECIAL EDITION tripleheader, Julian “J-Rock” Williams and once-beaten Italian Marcello Matano will square off in a 12-round IBF eliminator for the No. 1 ranking at 154 pounds. In the opening bout of the telecast, hard-hitting prospect Tony Harrison will face veteran former world title challenger Fernando Guerrero in a 10-round super welterweight contest.

Tickets for the live event, which is promoted by King’s Promotions, are priced at $100, $75 and $45, not including applicable service charges and taxes and are on sale now. Tickets are available HERE at www.ticketmaster.com. To charge by phone call Ticketmaster at (800) 745-3000.