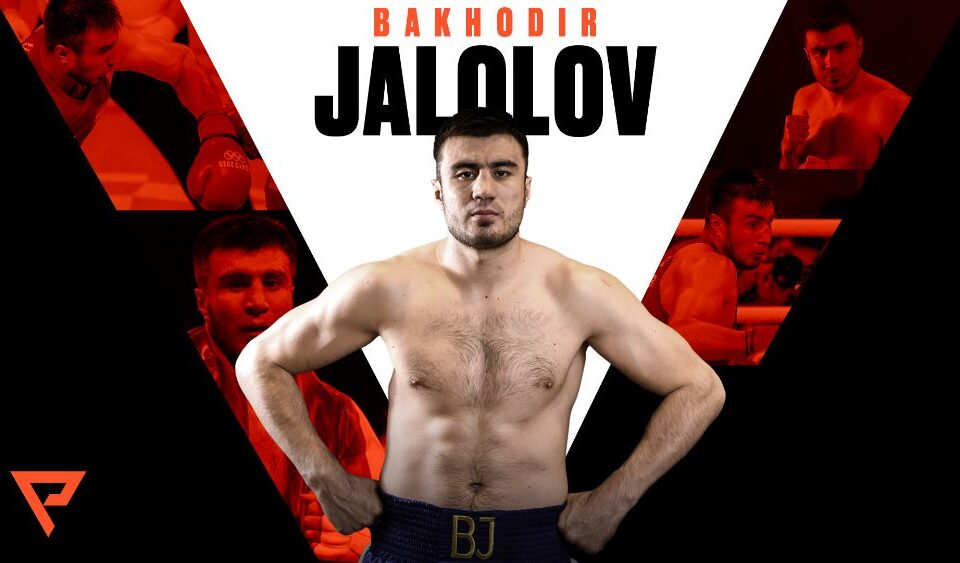 The 27-year-old took gold at Tokyo 2020 but the giant from Uzbekistan is now focused on landing world titles in the professional ranks.

Jalolov has a perfect 9-0 record and has stopped every single one of his opponents to deliver a vicious warning shot to the rest of the heavyweight division.

Standing at a massive 6’7”, the huge punching Jalolov – known as the ‘Big Uzbek’ – fights Kamil Sokolowski over eight rounds on March 18 in Dubai as part of Probellum Evolution, a double-header of world championship boxing.

But given Jalolov’s frightening 100% KO ratio, his next contest is not expected to go the distance.

“Everyone in the heavyweight division knows all about me and, deep down, they know it is only a matter of time before I take over,” declared Bakhodir Jalolov.

“With Probellum and DiBella Entertainment promoting me, I will become world heavyweight champion as soon as is possible but, first, I must take care of business against Sokolowski on March 18 in Dubai.

“After that, news will start to spread about Bakhodir Jalolov and the world will soon realise that I am a world heavyweight champion in waiting.”

“Bakhodir Jalolov is a giant of a man and this is a giant signing for Probellum,” said Richard Schaefer, President of Probellum.

“Jalolov combines top-level amateur pedigree, phenomenal movement for man of his size and knockout power. He is destined to become world heavyweight champion and working with DiBella Entertainment, Probellum will be delivering those opportunities for him.”

“There is no upcoming young heavyweight in the world who possesses the physical advantages and skillset of the Big Uzbek. Power, speed and amazing agility for a giant are the attributes that will allow Bakhodir to rise quickly,” said Lou DiBella, President of DiBella Entertainment.

“He will fight for the second time in Dubai on March 18 before a big television exposure in the U.S. in June. The sky is the limit for the Big Uzbek.”

“We are looking forward to a prosperous partnership with Probellum on Bakhodir’s career,” said Vadim Kornilov, Jalolov’s manager.

“We believe that he is currently the biggest young prospect in the heavyweight division and our team will work hard to take him to the Championship level.”

Jalolov scored a shuddering 46 second knockout of Julio Cesar Calimeno in December when he fought on Probellum’s debut show in Dubai and the the Uzbek puncher is back in the UAE on March 18 as part of Probellum Evolution, which will be shown live on Eurosport’s linear channels, discovery+ and Eurosport App to millions of homes across 62 markets and territories in Europe and the Indian sub-continent.

Probellum has signed a landmark, multi-fight deal with Discovery Sports, starting with the back-to-back shows in Dubai, where Jalolov features.