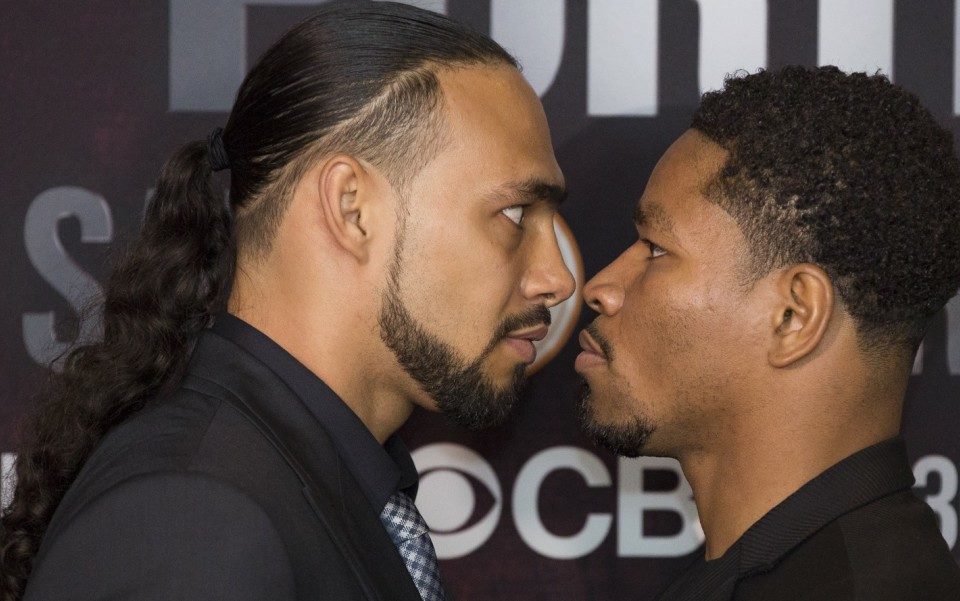 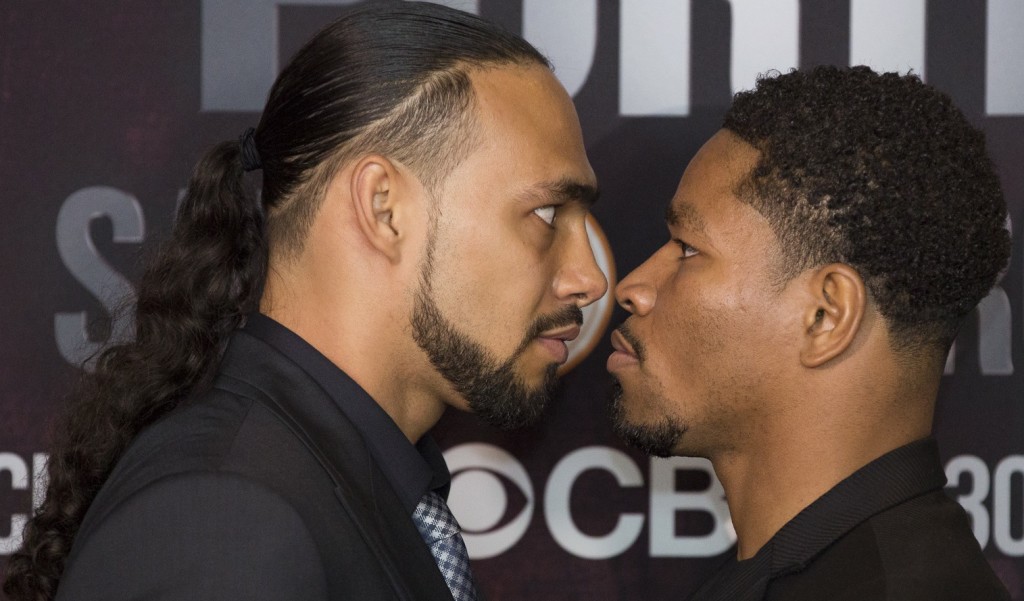 The welterweight showdown will air live on CBS at 8:30 p.m. ET / 5:30 p.m. PT from Mohegan Sun Casino Resort in Uncasville, Connecticut. The event, promoted by DiBella Entertainment, is produced by SHOWTIME Sports® for the CBS Television Network, both divisions of the CBS Corporation.‎ The last primetime boxing event on CBS was Muhammad Ali-Leon Spinks on Feb. 15, 1978.

Thurman (26-0, 22 KOs), of Clearwater, Fla., and Porter (26-1-1, 16 KOs), of Las Vegas by way of Akron, Ohio, are both coming off superb 2015 campaigns that solidified the fresh faces among the elite of arguably boxing’s most exciting division.  With perennial pound-for-pound champion Floyd Mayweather now retired, the 27-year-old Thurman and the 28-year-old Porter are hungry to stake their claim as the future of boxing.

“Thurman vs. Porter is a marquee matchup of two elite boxers in the prime of their careers, and the winner will establish himself as arguably the No. 1 fighter in boxing’s glamour division,” said Stephen Espinoza, Executive Vice President and General Manager, SHOWTIME Sports.  “Fights of this caliber don’t come along very often, and when they do, they deserve to be on the biggest stage possible. That’s why all of us at SHOWTIME and CBS are so excited to be able to deliver this pivotal matchup to a primetime audience on America’s highest-rated network.”

“Last year was an amazing year for me: I headlined the very first Premier Boxing Champions show and was named PBC Fighter of the Year,” Thurman said.  “But this is my year to dominate the welterweight division and I’m excited to be getting ready to take out Shawn Porter.  I am ready to get back in the ring and bring boxing fans what they’ve been looking for – the top true welterweight champion of the world, the one who is going to take out all competitors one by one. I am Keith ‘One-Time’ Thurman and I’m going to show you what a champion looks like on March 12.”

“I’m very confident in my ability.  That’s why I’ve been looking forward to this fight because I’m someone who can beat Keith Thurman,” Porter said.  “Nothing about Keith really makes me nervous.  I do know that he’s going to be ready for this fight.  He’s a fighter that has the heart of a lion just like I do.  I expect this to be a fight to the finish.  A win over Keith Thurman is what we’ve been waiting for.”

“Keith Thurman against Shawn Porter is one of the best matchups that can be made in the welterweight division right now and I am thrilled that it is taking place at Mohegan Sun Casino in Uncasville, Conn.,” said Lou DiBella, President of DiBella Entertainment. “The hard-punching world titleholder Thurman and the highly skilled former champion Porter will have the opportunity to prove that they are the next heir to the throne in the post-Mayweather era of the 147 pound division.”

“One Time” Thurman, who owns a better than 80 percent KO ratio and knocked out 18 of his first 20 opponents, is considered one of the most avoided fighters in boxing.  After unsuccessfully lobbying to fight the best of the division for the past two years, Thurman finally had a breakout 2015.

The hard-hitting Florida native floored former champion and long-time contender Robert Guerrero en route to a convincing 12th round unanimous last March in Las Vegas.  He then dominated and bloodied former champ Luis Collazo on July 11, winning via seventh round TKO.  Thurman won the Interim WBA belt with a knockout of Diego Chaves in 2013 and scored consecutive knockouts over Jesus Soto Karass (2013) and Julio Diaz (2014) in his first and second title defenses.

Against Porter, Thurman will now get a chance to prove what he’s been claiming for years – that he’s the world’s best welterweight – in the toughest test of his career.

“Showtime” Porter has built one of the most impressive resumes in the division since making his welterweight debut in 2010.  Porter, who surprisingly turned professional as a super middleweight (168 pounds), won the IBF crown in 2013 with an impressive unanimous decision over Devon Alexander.

The physically-gifted and offensive-minded Ohio native knocked out former two-division world champion Paulie Malignaggi with a brutal clean right hand in April of 2014 in the lone defense of his title.  Porter lost the IBF belt less than four months after the Malignaggi victory in a close majority decision defeat to undefeated British superstar Kell Brook, but he bounced back with a fifth-round knockout of Erick Bone in March of 2015. Porter scored what many considered an upset victory in his next bout over then three-division world champion Adrien Broner with a clear unanimous decision last June 20 in Las Vegas.

The aggressive, come-forward Porter has built his career as a perennial underdog who relishes in the role. But, with the resume he has built, it’s hard to consider him an underdog anymore heading into this crossroads showdown with Thurman.

Tickets for the live event, which is promoted by DiBella Entertainment, are priced at $300, $150, $75 and $35 (plus applicable fees) and Ticketmaster are on sale now. Ticketmaster customers may log on to ticketmaster.com; call (800) 745-3000; or visit any Ticketmaster outlet. Tickets will also be available at the Mohegan Sun Box Office starting Saturday, January 23, subject to availability.

Showtime Networks Inc. (SNI), a wholly-owned subsidiary of CBS Corporation, owns and operates the premium television networks SHOWTIME®, THE MOVIE CHANNEL™ and FLIX®, and also offers SHOWTIME ON DEMAND®, THE MOVIE CHANNEL™ ON DEMAND and FLIX ON DEMAND®, and the network’s authentication service SHOWTIME ANYTIME®. Showtime Digital Inc., a wholly-owned subsidiary of SNI, operates the stand-alone streaming service SHOWTIME®. SHOWTIME is currently available to subscribers via cable, DBS and telco providers, and as a stand-alone streaming service through Apple®, Roku®, Amazon and Google. Consumers can also subscribe to SHOWTIME via Hulu, Sony PlayStation® Vue and Amazon Prime Video. SNI also manages Smithsonian Networks™, a joint venture between SNI and the Smithsonian Institution, which offers Smithsonian Channel™ and Smithsonian Earth™, through SN Digital LLC. SNI markets and distributes sports and entertainment events for exhibition to subscribers on a pay-per-view basis through SHOWTIME PPV. For more information, go to www.SHO.com.