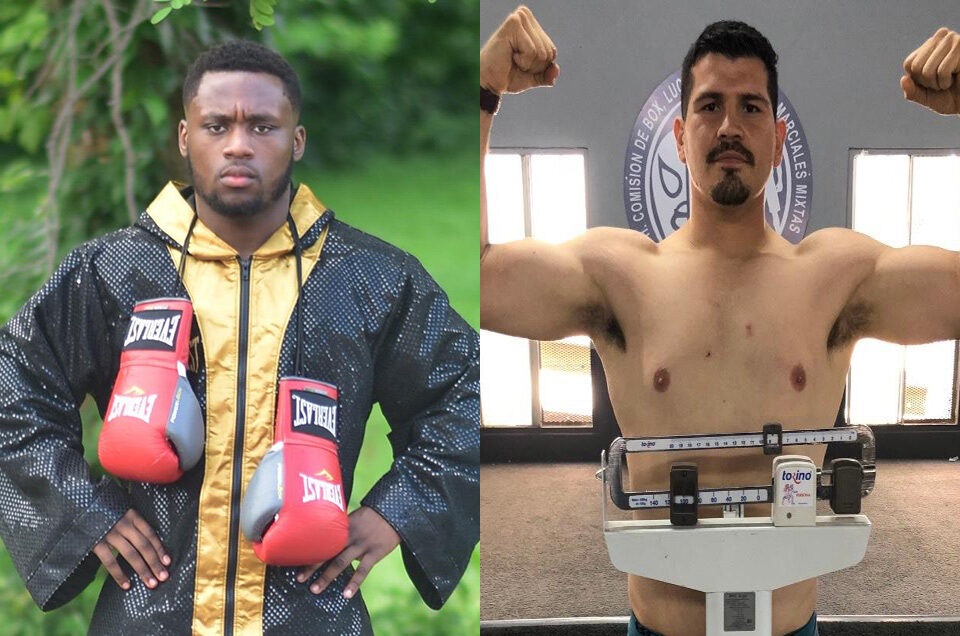 The 23-year-old Conwell (14-0, 11 KOs), a member of the 2016 U.S. Olympic boxing team, will face battle-tested veteran Silverio Ortiz, of Merida, Mexico, in an eight-round clash at the Boyd County Community Center, in Ashland, KY.

Hailing from Cleveland, OH, Conwell had an outstanding three-fight run in 2020, including his two career-best victories. Fighting on October 7, in a bout broadcast on Showtime’s ShoBox series, Conwell stopped previously undefeated Wendy Toussaint in the ninth round. Following up on December 17, Conwell knocked out Madiyar Ashkeyev, also previously unbeaten, in the ninth round. The main event was telecast on NBC Sports Network presented by Ring City USA.

Conwell was due to return to the Ring City platform in April, but was forced to withdraw following a hand injury. He was then scheduled to fight on the undercard of the Triller Fight Club event in June featuring Teofimo Lopez versus George Kambosos, but the card was postponed when Lopez tested positive for Covid.

“Charles Conwell just might be the most talented 154-pounder in the world. That’s not just hyperbole, it’s fact. If not for boxing’s ‘three avenues of exclusivity,’ the boxing world would know it and Charles would have already gotten the exposure he deserves,” said Lou DiBella, President of DiBella Entertainment. “We were anticipating that kind of exposure due to the opportunity provided by Triller Fight Club, but Covid caused a second postponed fight in a row. A top young talent needs to fight. You can’t keep peaking for a performance only to sit idle. We’re happy that we’re able to get Charles in the ring so quickly and that he understands how important it is to be an active fighter.”

“It’s disappointing that I had two significant television fights canceled due to injury and Covid, but I’ve been training all year and needed to get in the ring,” said Conwell. “I’m grateful to my team for getting me back into the ring this fast after the June 19 date went down.”

The 31-year-old Garcia (10-0, 7 KOs), from Xalisco, Nayarit, Mexico, now fighting out of Indio, CA, faces Daniel Cota(20-8-1, 11 KOs), of Los Mochis, Mexico, in a scheduled 10-round bout at the Big Punch Arena, in Tijuana, Mexico. A sparring partner of unified heavyweight world champion Anthony Joshua, Garcia kicked off his 2021 campaign with a third-round knockout of Derek Cardenas on March 20.

“Elvis Garcia is extremely talented but not your prototypical 21st century heavyweight. Due to his hard work and dedication, he’s now a small heavyweight in shape and ready to perform at his best,” said DiBella. “In his previous fights, he’s averaged weighing over 250 pounds. He weighed in today at 222.5 pounds, looking like a different person. I’m very proud of him because he’s giving himself the best opportunity to become a champion.”

Said Garcia, “As a proud dual citizen of the United States and Mexico, the WBC belt has always been an important goal of mine. I’ve never felt or looked better and I am willing to step up in competition after this fight. I’ve re-sculpted my whole body, now weighing below 224 pounds, and I’d love to compete at both bridgerweight and heavyweight.”