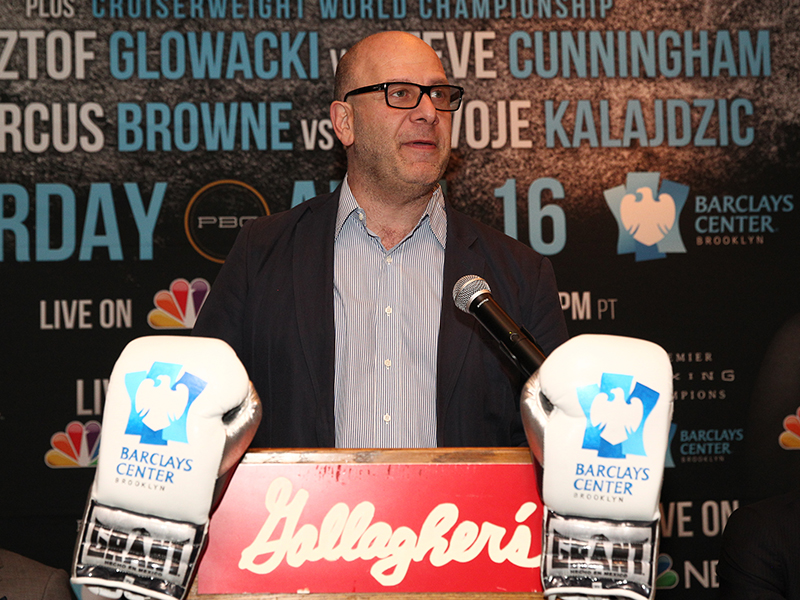 This letter represents the views of DiBella Entertainment, Inc. and Star Boxing, Inc., two professional boxing promotional entities, duly licensed by the New York State Athletic Commission (“NYSAC”) to do business in the state, with headquarters in New York. Specifically, we write to address and provide public comment with respect to NYSAC’s proposed addition of 19 NYCRR Parts 206-214 to implement the provisions of Ch. 32 of the Law of 2016 (“Proposed Regulations”).

These events (and many other equally significant events that occur in New York) provide significant direct revenue for the state. The NYSAC collect taxes on each event, essentially equal to three percent (3%) of all ticket revenue and three percent (3%) of all television revenue.1 In addition, professional boxing events create significant economic activity for a variety of New York business industries, including hotels, restaurants and transportation (primarily air travel, taxi and livery cabs) and by extension additional indirect revenues to the state through tax revenues on these industries. This list is not exhaustive. For example, the
2016. Golovkin vs. Lemeiux bout holds the Madison Square Garden single night record for sold merchandise – over $120,000 in merchandise was sold on the day of the event.

Boxing in New York is not limited to marquee events. It is the shows that occur in small venues, i.e., club shows, which have a proud place in New York history. Many promoters, including those that produce mega events, take pride in putting on high quality, safe club shows with a loyal following. These shows allow New York based fighters to earn a living fighting in front of a passionate and growing fan base before graduating to more marquee events. In 2011, PBC Thirteen produced a documentary NY Fight Clubs, detailing the roots of club shows dating back to the late 1800s. Currently, there are several long running club shows in New York, among them DiBella Entertainment’s Broadway Boxing of which there have been over 60 live editions over its 16 year history and Star Boxing’s Rockin’ Fights of which there have been 25 editions since 2011 (and Star Boxing has been promoting club shows every year for 25 years).

However, all boxing in the state of New York – marquee events and club shows alike – are under an immediate danger of extinction.

With the legalization of mixed martial arts (“MMA”) in New York, the minimum medical insurance requirement in the Proposed Regulations (Part 208.15(b)(1)) has increased by a multiple of seven (7), i.e. from $7,500 to $50,000.2 Although the proposed increase to $50,000 is significant, we accept this segment of the increased requirement because it protects the fighters and it puts New York’s minimum medical insurance requirement at or above other respected jurisdictions, including Nevada, New Jersey and California. However, we believe the $1 million in additional required medical insurance coverage for life-threatening traumatic brain injuries (Part 208.15(b)(3)) is unnecessary, arbitrary and excessive and should be eliminated for the reasons set forth below.3

Accordingly, although providing an arbitrarily high coverage minimum has superficial (optics) appeal, it is not consistent with other jurisdictions and is unsupported.6

6 Medical research has concluded that certain MMA moves carry a serious risk of cervical injury, see, e.g.http://www.ncbi.nlm.nih.gov/pmc/articles/PMC1725259/pdf/v039p00444.pdf, and a 2008 Johns Hopkins study analyzing MMA injuries in fights in Nevada between 2001 and 2004 noted very limited instances of neck and back injuries in MMA fights (notably, no head injuries were identified): http://www.jssm.org/combat/1/18/v5combat- 18.pdf. The legislation and the proposed regulations do nothing to address these unlikely, but potentially serious cervical injuries further demonstrating that the proposed medical insurance for life-threatening traumatic brain injury is arbitrary.

7 See e.g., “Governor Cuomo Signs Legislation Legalizing Mixed Martial Arts in New York State,” annexed hereto as Exhibit A, available at https://www.governor.ny.gov/news/governor-cuomo-signs-legislation- legalizing-mixed-martial-arts-new-york-state (“MMA’s expansion into New York is projected to yield more than $137 million in economic activity for the state’s economy, roughly half of which is expected to be spent in Upstate New York, and result in $5.4 million in state and local taxes on an annual basis. UFC events in New York State are expected to generate $32 million in economic activity each year, including by capturing revenue and attendance from nearby out-of-state venues”; “Senator Joseph Griffo said, ‘For years we were losing tourism and revenue as fans and fighters alike went to other states that had embraced MMA’”).

To date, we are not aware of any insurance carrier approved to provide $1 million in insurance coverage for life-threatening traumatic brain insurance in New York and, to the extent there is such a carrier as the NYSAC has stated, we believe the cost may be higher than the amount currently projected by the NYSAC. Even if the cost of the coverage is consistent with the amount projected by the NYSAC, the cost will increase the cost to promoters in New York – both MMA and boxing – and will make promoting smaller shows cost-prohibitive. A decrease in smaller shows will also directly impact the fighters, who voluntarily assume the inherent risks of participating in combat sports, rely on income from these fights and also use these fights as a springboard to higher-paying fights on bigger promotions.

We do not believe the legislature and the Governor’s intent to provide economic activity by legalizing MMA in New York is served by an insurance requirement that will drive the majority of boxing promoters out of the state due to the increased cost. With MMA alone, approximately half of the total projected economic activity from future events in New York was attributable to the Ultimate Fighting Championship, i.e., the other half of the projected economic activity was expected to be generated from non-UFC, smaller promoters. See Footnote 7, supra.

Accordingly, for the reasons set forth above, and consistent with the NYSAC’s authority under Ch. 32 of the Laws of 2016 to “adjust the amount of [the] minimum [insurance] limits,” we respectfully request that the NYSAC eliminate the life-threatening traumatic brain injury limit set forth in Section 208.15(b)(3). Indeed, the $50,000 minimum medical insurance requirement is a significant, sufficient insurance amount that is consistent with and, in many cases, exceeds other respected jurisdictions.

The Proposed Regulations dealing with Contract Oversight contain an unexplained anomaly: provisions that should apply equally to boxing and MMA have arbitrarily only been written to apply to boxing.

Proposed Regulations Part 209.14 contains essentially the same rule that has been in effect for some time in New York – contracts between boxers and promoters are limited to an initial duration of three years, notwithstanding time in which the boxer is injured. This rule is problematic because it ignores the practical realities of boxing. Specifically, the three-year limit deters promoters from entering into contracts with young boxers because it creates insufficient time to reasonably expect a return on investment. Thus, promoters are forced to be very selective with who they choose to promote (often avoiding young boxers for more seasoned boxers), leading to a surplus of boxers looking for promoters. Indeed, there is no shortage of boxers seeking promotional agreements, but there aren’t enough promoters willing to devote the time and resources to developing boxers’ careers given the three-year limit.

Notwithstanding the foregoing, we recognize that this is the regulatory framework within which we currently promote. However, we take issue with the fact that the Proposed Regulations Part 209.14 only applies to the promoter-boxer contractual relationship and does not apply to contracts entered into between MMA promoters and fighters. The exclusion of MMA from the Proposed Regulations is arbitrary and unfairly singles out boxing. This same disparity, i.e., a regulation applicable to both boxing and MMA being written to only apply to boxing, exists in Proposed Regulation 208.26: Required Disclosure for Boxing Promoters. This regulation sets forth the numerous disclosures a boxing promoter must make to the NYSAC. Again, while these disclosures would be applicable in the context of MMA as well, the regulations only govern boxing promoters.

We acknowledge that Proposed Regulations Part 208.26 tracks the federal legislation commonly referred to as the Muhammad Ali Boxing Reform Act (“Ali Act”), which in its current form only applies to boxing. However, the Proposed Regulations go beyond the requirements of the Ali Act, i.e., NYSAC believes more oversight is required than the Ali Act mandates. Accordingly, if New York believes more protections are required under its regulations than federal legislation, these same protections should apply to MMA promoters. Boxing has a long history and has long been accepted as a sport in New York. On the contrary, MMA faced a long battle for legalization and legitimacy in the state. Accordingly, MMA should not be exempt from regulations that are designed (in theory) to avoid exploitation of fighters in New York.

We do not believe the disparities pointed out in this section are a case of mere oversight. Indeed, other provisions such as Proposed Regulations Parts 209.5-7, regulate managerial contracts in both boxing and MMA. Both sports are under the authority of the NYSAC and it makes no sense that only certain provisions of the law apply to MMA – such cherry-picking is unfair to boxing and arbitrary.

We appreciate the willingness of the NYSAC to consider the public comment we respectfully set forth. We would appreciate the opportunity to discuss these concerns further with the NYSAC and, in addition, provide feedback on any proposed legislation or regulations considered at a later date.

Thank you for your attention to these comments. Respectfully submitted,