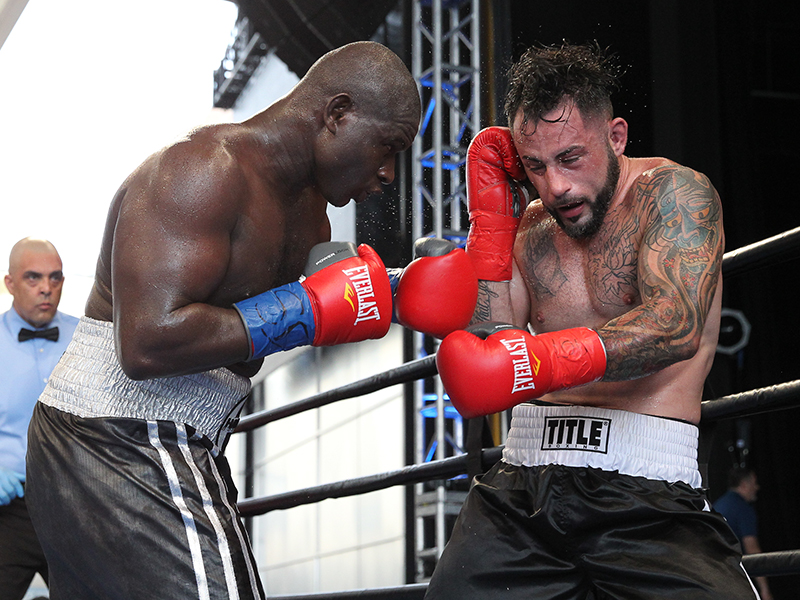 New York, NY (9/21/16) – With much attention in boxing focused on the light heavyweight division, DiBella Entertainment (DBE) has continued to build up its roster with a slew of rising prospects and established contenders at that weight. DBE has added to its impressive stable by signing undefeated light heavyweight prospect Joseph Williams (10-0, 7KOs), of Far Rockaway, Queens, NY.

“I am very happy to have signed with Lou DiBella,” said Williams. “My team and I believe that I have the ability to become the best light heavyweight in all of boxing. I know that Lou will provide me the platform and the opportunities to accomplish that.”

Williams, 28, was a decorated amateur, winning the 2012 National Golden Gloves, competing at the 2012 Olympic box-offs, and serving as an alternate at the London Olympics for the United States. Williams was also a three-time New York Golden Gloves champion in addition to competing in the 2011 Amateur World Championships.

Williams is coming off of a unanimous decision victory over previously undefeated Chris Harris at the brand new Ford Amphitheater in Coney Island on the undercard of Errol Spence Jr.’s knockout victory over Leonard Bundu on August 21. Following his victory, DBE signed Williams to an exclusive long-term promotional agreement, accompanied by high expectations.

“Having seen Williams fight a few times, I am very impressed,” said DiBella. “He is a big, strong kid and has tremendous power in both hands. He is managed by my good friend David McWater and we feel that Joseph has the potential to do big things in his career.”

“We couldn’t be happier or more excited to work with Lou,” said manager David McWater. “It is only fitting that I sign the best light heavyweight out of New York with the premier promoter, not only in New York, but on the entire East Coast.”

Castillo picked up his third consecutive knockout victory this past weekend in his native Dominican Republic since being held to a draw by the aforementioned Peterkin in August of last year.

Kalajdzic, who is coming off of a highly disputed split decision loss to top-rated contender Marcus Browne in April, headlines this Friday on ShoBox against Peterkin.

Lee headlines in his native Chicago, at the UIC Forum on September 30, when he takes on the dangerous and hard-hitting Chris Traietti (21-3, 17KOs). The bout will be televised live on CBS Sports Net, at 9:00pm ET.

Garcia, a former Cuban amateur standout and highly regarded prospect, made his triumphant return to the ring last December following a four-year hiatus while dealing with managerial issues, and has since reeled off back-to-back knockout victories.

Former world title challengers Rodriguez and Agnew are expected to return to action in the coming months.