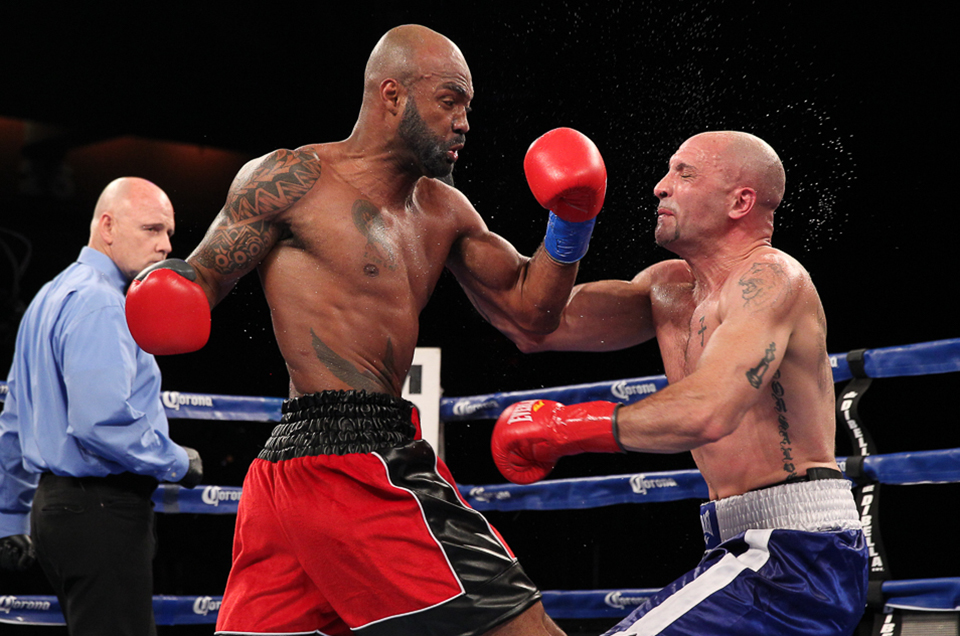 New York City (January 9, 2018) DIBELLA ENTERTAINMENT (DBE) announced today that it has renewed promotional efforts for undefeated super middleweight contender LENNOX “2 Sharpe” ALLEN (20-0-1, 13 KOs), of New York City by way of Guyana, signing a co-promotional deal with GREG COHEN PROMOTIONS (GCP).
“I’m thrilled to welcome Lennox Allen back into the fold with my company and to bring Greg Cohen Promotions onboard as co-promoter,” said LOU DIBELLA, President of DiBella Entertainment. “Although he’s been off for a couple years, when I met with Lennox and his manager, it was clear that he had a reignited fire to jumpstart his career and get right back in the mix of the division.

“The super middleweight division is currently wide open and there are a number of great matchups to be made for Lennox as we continue to work toward his dream of becoming a world champion.”

“We are excited to be co-promoting Lennox Allen with DiBella Entertainment,” said GREG COHEN, CEO of Greg Cohen Promotions. “Lennox is a world-class fighter, who will undoubtedly contend for a super middleweight world title. Allen’s manager, Steven Heid, has been terrific to work with and the combination of Steven, Lennox, DBE and GCP will share great success together. I’m truly looking forward to this venture and it’s especially nice to be partnering with Steven and Lou, who I have known for well over 20 years.”

“I have a great team around me,” said Lennox Allen. “This is my year. Line them up and watch me take them out. I’m coming for greatness.”

“This will be Allen’s breakout year,” said Allen’s manager STEVEN HEID. “He has taken care of everybody we have put in front of him. At 20-0, he is now knocking on the door and looking to take over the stacked super middleweight division.”

Currently riding an eight-bout winning streak, Allen has rededicated himself toward boxing and will be active in 2018. Details of Allen’s ring return will be announced shortly.