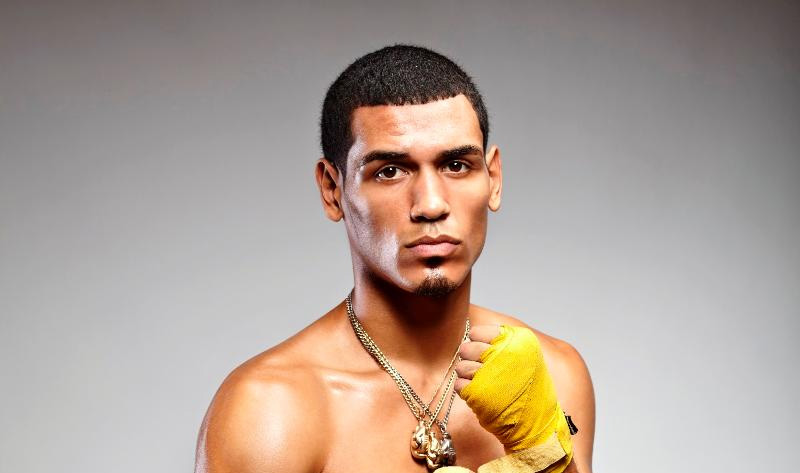 The two promoters, who just yesterday announced the signing of five-time NY Golden Gloves Champion Shemuel “The Chosen One” Pagan (2-0, 1KO), have now added one of the top US amateur prospects with the signing of Christopher “Golden” Galeano, of the Bronx. The #1-ranked 165lb. National Champion is set to make his much anticipated pro debut on the SMS Promotions/DBE-promoted “Big Apple Boxing” card on September 16, at Resorts World Casino in 50 DBE/SMS Cent’s hometown of Jamaica, Queens.

“This is the beginning of a new force in the sport of boxing. With Mr. DiBella’s expertise in this great sport and 50 Cent’s knowledge of building an empire from the bottom, the sky is the limit. My team and I have great confidence in that by joining this promotional alliance I will, without a doubt, one day be a world champion,” proclaimed Galeano.

“Chris Galeano is one of the best prospects in the United States and I am thrilled to be co-promoting him with 50 Cent’s SMS Promotions. Chris is a skilled boxer, a puncher, a college student and a great person. He comes from a great family and has all the tools to become a world champion,” said DiBella.

“Chris has endless potential. He’s proven his skills in the ring. I look forward to giving him a platform to continue to compete at the highest level,” said 50 Cent.

Galeano, a 20-year-old Puerto Rican American, first started boxing at the age of 12. After a successful stint in the juniors, having reached the 2008 Junior Olympic National Championships, Galeano picked up his first major title as a senior amateur, winning the Ringside World Championships in 2010. In 2011, he won his first New York Golden Gloves title. He reached the finals in 2012, losing to fellow DBE-promoted prospect Patrick Day, before winning the coveted title again in 2013. Galeano closed out his amateur career by winning the 2013 165-pound USA National Championship, which propelled him to his #1-ranking.

In addition to making his pro debut this year, Galeano will be entering his third year of college at City College of NY, where he is pursuing a degree in Business.