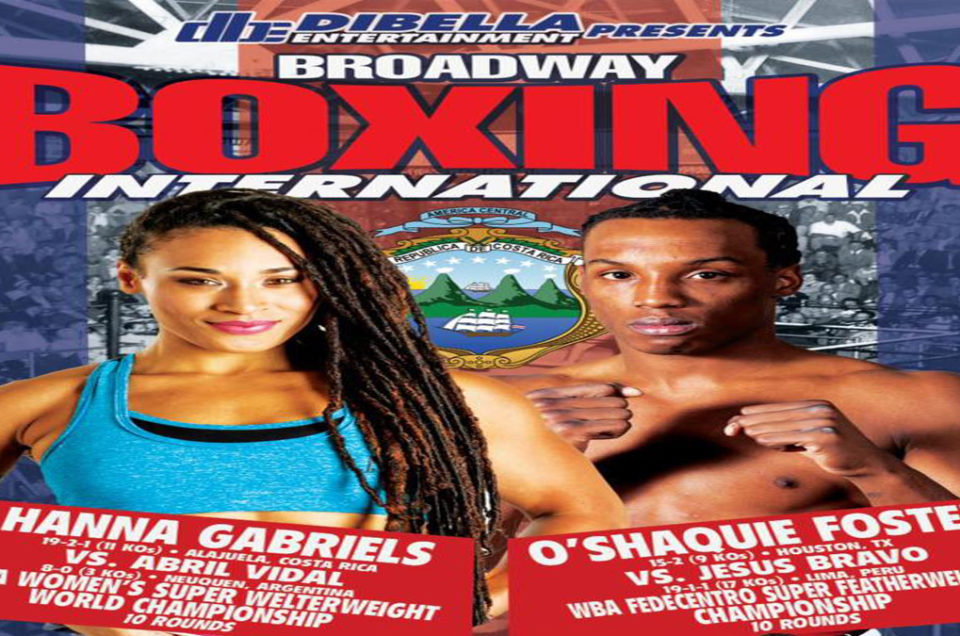 WBA super welterweight world champion Gabriels (19-2-1, 11 KOs), of Alajuela, Costa Rica, will defend her crown for the fourth time in front of her hometown fans at the Gimnasio Nacional against WBA #2 rated contender Abril Argentina Vidal (8-0, 3 KOs) in a 10-round contest.

Gabriels defeated Sarah Dwyer via unanimous decision in defense of her WBA title, in her last fight on January 26. Overall, Gabriels is a three-time, two-division world champion. She previously held the WBO title at welterweight and twice at super welterweight.

In June 2018, Gabriels became the only person to ever knock down unified world champion Claressa Shields, despite losing a competitive decision.

Vidal is a 20-year-old unbeaten Argentinean, who has amassed an impressive resume in only 15 months as a professional. The world title challenge will be Vidal’s fourth fight in a busy 2019 that has seen her win the Argentinean and South American championships in separate bouts. In her last fight on June 8, Vidal earned an impressive unanimous decision victory against the experienced, three-time world title challenger Yamila Reynoso.

“Hanna Gabriels is one of the top pound-for-pound talents in the women’s boxing game and a star in Costa Rica,” said Lou DiBella, President of DiBella Entertainment. “I am thrilled to bring her title defense to her rabid fans while exposing this great champion to the worldwide subscriber base of UFC Fight Pass.”

Foster is coming off of a huge 2018 that saw him explode into the world ratings. In September 2018, Foster handed highly touted Spaniard Jon Fernandez his first loss in a sensational nationally televised performance to capture the WBC Silver super featherweight title. Before that, in April, Foster won an impressive unanimous decision against contender Frank De Alba. All told, Foster is riding a five-fight win streak versus competition with a combined record of 71-16-6. Before his 2012 pro debut, Foster was also a highly accomplished amateur, with a 94-12 record, winning numerous Ringside National Championships, Houston Golden Gloves tournaments and PAL National tournaments, as well as participating in the 2012 Olympic Trials.

Heavyweight knockout artist Trey Lippe Morrison (15-0, 15 KOs), of Tulsa, OK, will end a near 13-month ring absence, due to injury, taking on Pedro Rodriguez (10-1, 4 KOs), of Venezuela. Trey Lippe will be fighting outside of the United States for the first time as a pro in his sixteenth pro bout, something it took his legendary father 50 fights to do.

Full details on both cards will be announced shortly. “The Broadway Boxing summer series will be a parade of world champions, present and future, in some of the biggest fights of their careers,” said DiBella. “This commitment to quality is what has always set Broadway Boxing apart as a premier boxing series in the USA and, as of July 17, internationally as well.”