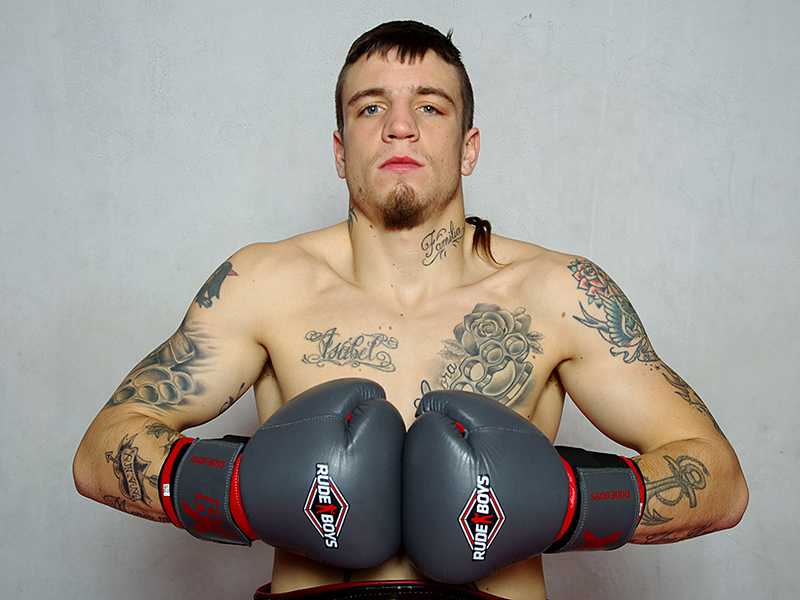 New York, NY (3/17/17) – DiBella Entertainment (DBE) is pleased to announce that it has signed unbeaten Spanish welterweight contender Kerman “Revolver” Lejarraga (20-0, 16 KOs) to a co-promotional agreement with MGZ Promotions, based in Spain. From Bilbao, Pais Vasco, Spain, the 25-year-old Lejarraga is an aggressive, hard-hitting fighter with a crowd-pleasing style, ranked no. 3 by the WBA and no. 19 by the WBC. Having fought exclusively in Spain thus far, Lejarraga will make his United States debut later in 2017.

Lejarraga made his DBE debut on March 11, 2017, with a fifth-round TKO over Gabor Gorbics in Spain.

Born in the small village of Morga in 1992, Lejarraga has revitalized the boxing scene around Spain since turning pro in May 2013, being compared by fans and experts to former world champion Javier Castillejo. In 2015, the Spaniard showed promise defeating the likes of fellow countryman Javier Garcia Roche (16-4) in his first 10-rounder and Danish Kim Poulsen (27-2), both via stoppage. On March 19 of last year, Lejarraga defeated the 20-1 Laszlo Toth via 12-round unanimous decision, dropping him in the second, to seize the WBA International welterweight title. He has since defended that belt twice with knockout victories over English Commonwealth champion Denton Vassell and Mexican Jesus Gurrola.

“There is a lot of talent in Spain, and the undefeated Kerman Lejarraga has already established himself as one of the most promising fighters in his country,” said Lou DiBella, President of DiBella Entertainment. “Our agreement with MGZ Promotions will allow Lejarraga to continue to fight at home and within Europe as well as introduce him to the American market. With his aggressive, fan-friendly style and power, I am confident that he will fit right into the mix of top welterweights.”

“It’s like a dream come true that such a great promoter as Lou DiBella has put his eyes on me,” said Lejarraga. “I come from a little village in Spain and I couldn’t ever imagine that I was going to fight and pursue my career in the United States. I look forward to making my American debut and proving that I belong among the welterweight elite.”

“This is a sensational agreement that offers Kerman the opportunity to showcase himself under a big promotional company,” said Inigo Herbosa, matchmaker for MGZ Promotions. “DiBella Entertainment has a keen eye for talent. When Kerman makes his US debut, he will do so as a contender. However, we are well aware that it is important for boxers to take the right steps en route to challenging for a world title. I believe that DBE is great at building up careers from the bottom to the top, so we are very pleased to be working with them.”

“For MGZ Promotions, it is a great honor that a top promoter like Lou DiBella is working with our boxer,” said Lejarraga’s trainer Jesus Del Valle. “I am certain that with Kerman’s skills and the backing of DiBella Entertainment, Lejarraga will shine under the spotlight when he competes in the States. There are a lot of great fighters in the US at welterweight and Kerman wants to test himself against the best.”