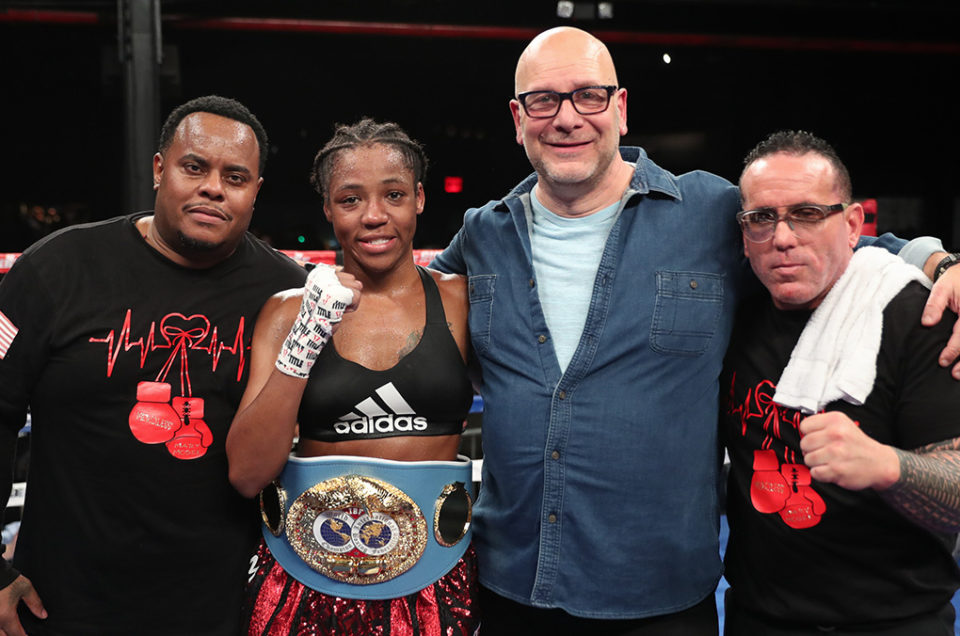 The 33-year-old McGee won the vacant world title on Thursday, December 5, with a 10th-round knockout of Ana Laura Esteche in a featured bout on DBE’s Broadway Boxing Annual Holiday Event at Terminal 5 in Manhattan and live on UFC FIGHT PASS®, the world’s leading digital subscription service for combat sports. After dropping former unified world champion Esteche in round eight, McGee finished her off with a barrage of power punches 30 seconds into the 10thand final frame, becoming the first to stop her Argentinean foe.

“I am beyond excited to be promoted by Lou. He’s a loving, caring and understanding man. In this day and age, that is extremely rare,” said McGee. “I am grateful that all my hard work over the years has finally been recognized by a promoter of his magnitude and I’m excited to see what lies ahead.”

Continued McGee manager Brian Cohen, “Lou DiBella is a visionary. He was promoting women’s boxing before it was the cool thing to do. He understands the sport and, when you speak to him, he doesn’t just know one or two female boxers, he knows them all. I couldn’t ask for a better promoter to work with than Lou DiBella.”

“Mary McGee is a talented boxer who has perseverance and realized her dream of winning a world title. She is also a dedicated single mom, fighting for a better life for her son. I look forward to working with her and manager Brian Cohen to keep Mary active and to secure lucrative matchups in the future,” said Lou DiBella, President of DiBella Entertainment. “Her first defense of her IBF title, on February 8, versus Australia’s Deanha Hobbs, will begin what promises to be a big 2020 for Mary.”