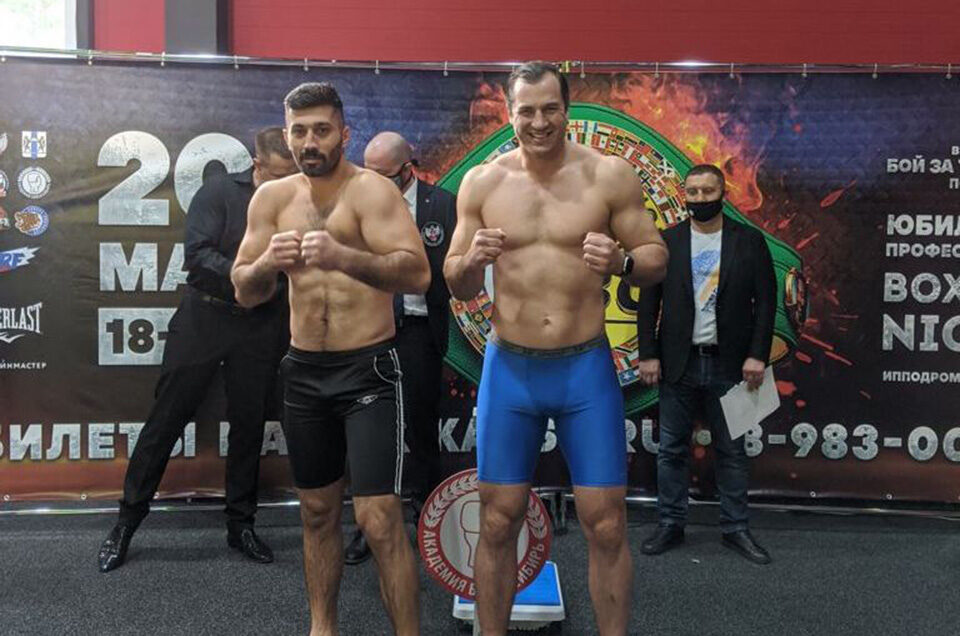 WATCH THEIR RING RETURNS LIVE FROM RUSSIA TOMORROW ON DIBELLA ENTERTAINMENT’S FACEBOOK PAGE AT 6:00AM ET / 3:00AM PT

Ivanov and Khachatryan will be back in the ring tomorrow, May 20, at Lokomotiv Arena, in Novosibirsk, Russia. The event will be live streamed on DiBella Entertainment’s Facebook page, starting at 6:00am ET / 3:00am PT.

“Ivanov and Gor each have exemplary amateur backgrounds and are already outstanding pro prospects with tremendous potential,” said Lou DiBella, President of DiBella Entertainment. “Ivanov has the size, agility and power to really make a statement in the heavyweight division. Gor already fights with the tenacity and guile of a seasoned pro. I’m happy to bring them on board the DiBella Entertainment roster and to work together with Yvon Michel and GYM, as well as the management team of Max Alperovich and Eduard Kravtsov.”

“I’m thrilled to work with DiBella Entertainment and Premier Boxing Management Group in developing these two stellar amateur stars,” said Yvon Michel, President of Groupe Yvon Michel. “Ivanov and Khachatryan are ready to make an immediate impact in the professional ranks. Together, we will showcase them in Russia, Canada and the United States, and the world will soon take notice.”

“Eduard and I are very excited to work with Lou and Yvon on these elite prospects from Russia. Ivanov has proven against many top amateurs that, with footwork like Ali and power like Frazier, he has all the tools to prosper as a professional,” said Max Alperovich, of Premier Boxing Management Group. “Khachatryan is an all-out pressure fighter with power in both hands. He attacks like a pit bull and, once he traps his prey, it’s over. The boxing world needs to pay attention to these two rising talents.”

Ivanov began boxing at age 13 and accumulated an amateur record of 219-63. He was an eight-time gold medalist of the North-West Federal District tournament, the first Russian to win gold at the Bundesliga German Club Cup in 2015, a goldmedalist at the World Team Cup, RFSO Lokomotiv Voluntary Sports Society and Silver Gloves tournaments in 2018, and a bronze medalist at the 2020 Russian Championships.

A late-night trip to McDonald’s in 2016 almost derailed Ivanov’s career. While Ivanov was waiting on line at the drive-through window, a drunk man ran toward him swinging a knife. Ivanov punched his assailant to defend himself, but the blow unfortunately ended that man’s life, which led to him facing charges. Ivanov was tried in 2017 and found guilty of “Intentional Infliction of a Grave Injury, resulting in the death of the victim by negligence.” He was sentenced to nine years in prison. After Ivanov spent a year behind bars awaiting his appeal trial, video evidence of the incident helped to prove that he acted in self-defense, and he was set free on February 1, 2018.

Upon his release, Ivanov not only returned to boxing but to school as well, earning a degree in Higher Physical Education from Immanuel Kant Baltic Federal University.

Ivanov turned pro in February 2020, securing three victories that year. In his last bout, on March 20, he scored an impressive first-round stoppage against Alexander Stepanov, doubling him over against the ropes with a series of body shots. He is trained by Yuriy Emelyanov at the Novosibirsk location of Premier Boxing Academy in Russia.

“I’ve had to overcome many obstacles to get to this moment in my career,” said Ivanov. “I am delighted to work with such an experienced team as DiBella Entertainment, Groupe Yvon Michel, my managers Max Alperovich and Eduard Kravtsov, and, of course, my very knowledgeable trainers at Premier Boxing Academy. I am hungry and I am coming for the belts.”

Khachatryan began boxing at age 11 and accumulated an amateur record of 264-26. He won gold at the Volograd Regional tournament 13 years in a row, three times at the Southern Federal District Championships, at the G. Blab and Tajikistan Balzanov Tsarena Sandzheevich international tournaments in 2013, the Alexander Ivanovich Zolotovskov and Cossack tournaments in 2016, the 2017 Spartak Cup Class A tournament, and at the RFSO Lokomotiv Voluntary Sports Society and Krasnodar Territory Cup championships in 2019. He is now trained by Roman Podoprigora out of the Rostov location of Premier Boxing Academy. Khachatryan made his pro debut in Moscow on April 2, 2021, earning a first-round stoppage victory.

“I have been boxing since I was very young and I am excited to have finally begun my journey into the professional ranks,” said Khachatryan. “I may have medals and trophies on my shelves, but I’m determined to begin my collection of world championships. As I rise up the ladder, I want to test myself against the best. With DiBella Entertainment, Groupe Yvon Michel and Premier Boxing Management Group guiding me, I know that I will achieve my dreams.”