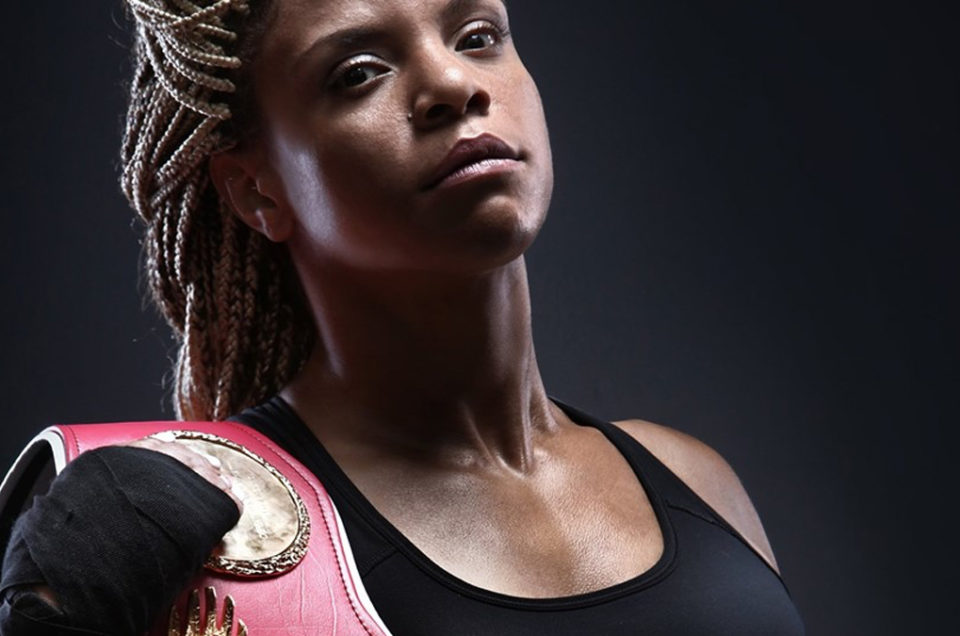 The 31-year-old Linardatou, a native of the Dominican Republic, captured the vacant WBO 140-pound world title on March 24, with a sixth-round knockout of previously undefeated, #1-ranked contender Kandi Wyatt in Athens. The fight was the first boxing world championship contest in the country’s history. Following up on her world title victory, Linardatou successfully made her first defense on June 7 winning a 10-round unanimous decision against unbeaten challenger Deanha Hobbs at the Olympic Hall Galatsi in Athens.

“I’m honored to bring another world champion into the DiBella family,” said Lou DiBella, President of DiBella Entertainment. “With her fan-friendly style and willingness to fight anywhere in the world, Christina will become a big star in women’s boxing. Her manager Brian Cohen and I have very big plans and we are excited to see her career grow from here.”

DiBella Entertainment will also be promoting the highly anticipated WBO Women’s Featherweight World Championship fight between Heather “The Heat” Hardy and Amanda “The Real Deal” Serrano on Friday, September 13, at Madison Square Garden, in New York City. “Lou DiBella’s passion and action speak loud and clear,” said Linardatou. “For many years, Lou has been not only one of the very best promoters, but a true supporter and fighter for women’s boxing, working with numerous top contenders and world champions. I’m very confident that he can provide me with big opportunities to take my career to the next level.”

On July 28, 2018, Linardatou fought in the United States for the first time, winning a six-round decision versus previously undefeated Alycia Baumgardner in Louisville, KY.