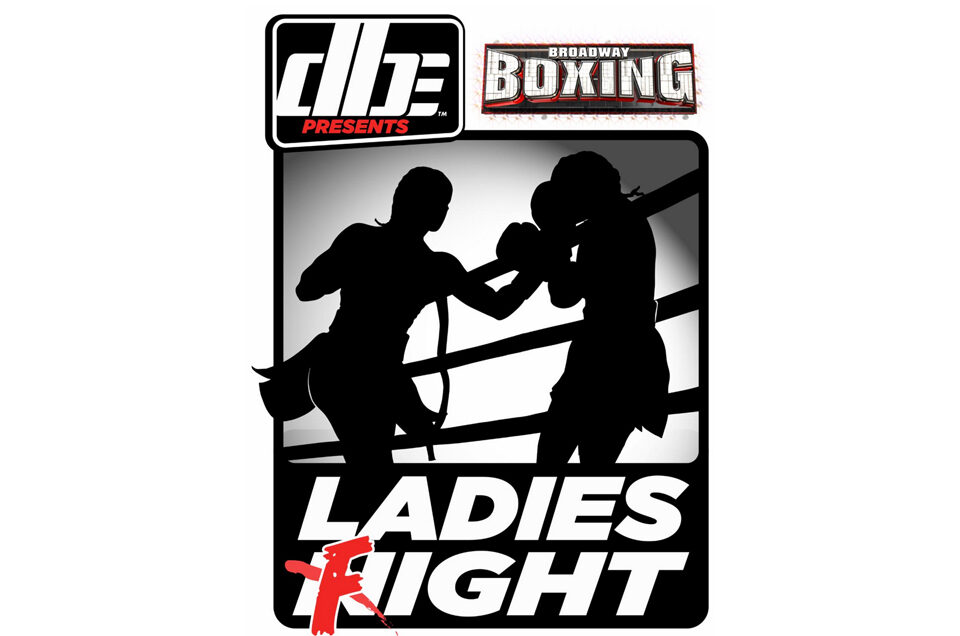 “This series on UFC FIGHT PASS® represents opportunity and hope for women in boxing. I’m thrilled that our first show will be headlined by Heather Hardy, who in 2013 became the first woman to be signed to a long-term deal by DiBella Entertainment,” said Lou DiBella, President of DiBella Entertainment. “‘Broadway Boxing Presents Ladies Fight’ will provide a platform for veteran contenders like Melissa St. Vil and Carina Moreno to stay active and for rising stars like Mikiah Kreps, Alex Love and Stevie Jane Coleman to gain exposure and recognition. On the heels of the first-ever women’s boxing pay-per-view, I’m thrilled to be able to announce this quarterly series, the first regular platform for all-women’s boxing cards.”

Fighting out of her lifetime home of Brooklyn, NY, Hardy (22-1, 4 KOs), the former WBO featherweight world champion will clash with Montreal, Canada’s Jessica “The Cobra” Camara (7-2) in an eight-round lightweight contest.

“When I got the call from Lou, I knew I had to get back in the gym,” said an excited Hardy, who also sports a 2-2record in mixed martial arts. “I could never leave this game on a loss. I’m a bit bigger, but also older and wiser. 2021 is the Year of the Comeback!”

“Heather Hardy is a tremendous warrior, mother and ambassador of the sport. It’s going to be an exciting event and being the main event on this all-women’s card is an honor,” said Camara. “On April 23, ‘The Cobra’ is going to strike.”

Competing at Madison Square Garden on October 27, 2018, Hardy fulfilled a lifelong dream, winning the WBO featherweight world title in front of thousands of her loyal supporters with a dominant victory in a rematch against Shelly Vincent.

Returning to “The Mecca” on September 13, 2019, Hardy battled Amanda Serrano in the “2019 Women’s Fight of the Year” that was broadcast internationally, losing a decision to the pound-for-pound world champion in front of a massive crowd.

Camara made her successful U.S. debut on November 1, 2018. In her last bout, she battled to a very close 10-round decision loss against two-time world title challenger Melissa St. Vil, on February 8, 2020. Before turning pro in 2017, Camara was a two-time Canadian National champion as an amateur.

Co-featured on “Ladies Fight”, the aforementioned Melissa St. Vil (13-4-4, 1 KO), known as “Little Miss Tyson”, will compete in an eight-round lightweight bout. A native of Haiti, fighting out of Brooklyn, NY, St. Vil has been a road warrior for her entire career, always willing to travel to her opponent’s backyard, while fighting abroad in Belgium, New Zealand, China, Haiti and Finland. The former WBC Silver female super featherweight titlist will look to stay in the win column following two straight victories after a world title challenge against champion Delfine Persoon in March 2019. Outside the ring, St. Vil has been a longtime champion for autism awareness who helps her friend’s autistic daughter daily through physical and educational exercises.

In an eight-round battle of undefeated bantamweight prospects and highly touted amateur standouts, Mikiah Kreps (1-0, 1 KO), of Niagara Falls, NY will make her DiBella Entertainment debut against Alex Love (3-0, 2 KOs), of Brighton, CO. The 24-year-old Kreps, co-managed by WBO lightweight world champion Jamel Herring and Jerry Casarez, was a bronze medalist at the 2019 AIBA Women’s World Boxing Championships in Ulan-Ude, Russia. She also was a gold medalist at the 2018 Elite National Championships, 2017 Eastern Elite Qualifier and 2014 National Golden Gloves. Kreps made her highly anticipated professional debut with a second-round stoppage on October 30, 2020.

A participant in the 2012 Olympic Trials, the 31-year-old Love was a two-time gold medalist at both the USA Boxing National Championships and the Colorado Golden Gloves tournament. She is currently a member of the Westminster, Colorado Police Department and was a sergeant in the U.S. Army, serving in the military for five years. Love is considered to be one of the most decorated soldier athletes to compete for the U.S. Army World Class Athlete Program. A professional boxer since September 2018, Love is coming off of a second-round stoppage of Kanisca Ruiz.

Rounding out the card and making her professional debut, Stevie Jane Coleman of Columbia, CT, will fight in a four-round welterweight bout. Taking to boxing after knocking out a school bully in eighth grade, Coleman was taught how to box, along with her four brothers, by her father in a makeshift gym set up on the family farm. The 21-year-old is now trained by local Connecticut legend Paul Cichon. In her short amateur career, compiling a record of 7-3, Coleman has shown exceptional power, speed and an aggressive style.