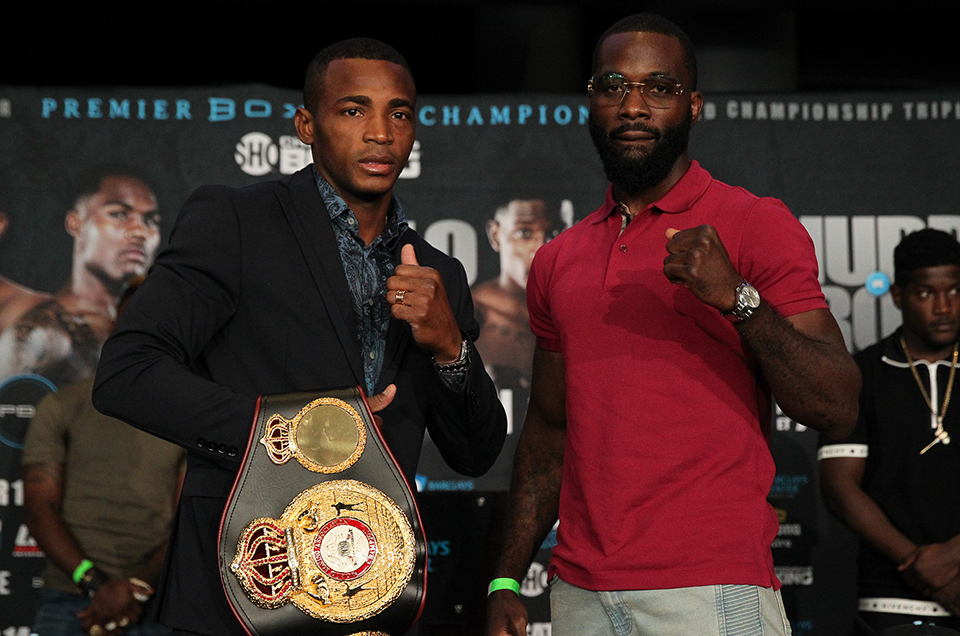 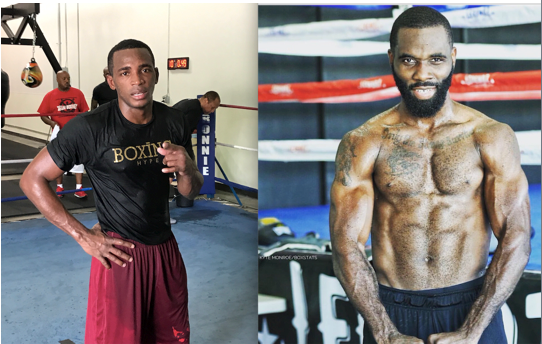 BROOKLYN (October 2, 2017) – WBA Super Welterweight World Champion Erislandy “The American Dream” Lara will defend his belt for the fifth time, and the first against an unbeaten opponent, when he battles 2012 U.S. Olympian Terrell Gausha in the headlining fight of a SHOWTIME CHAMPIONSHIP BOXING tripleheader on Saturday, October 14 from Barclays Center, the home of BROOKLYN BOXING®.

Here is what the fighters had to say from their respective training camps:

“Training camp is going smooth as always.  A lot of hard work has been put into the camp.  As far as the Hurricanes, it flooded bad in the areas close to our gym, but we were only gone for a couple of days.  The roads to the gym were flooded, so we couldn’t go to the gym on those days.  I just want to say I’m praying for all those affected by the hurricanes in both Houston and Miami.”

“Gausha is a very good fighter.  I know he was an Olympian and is currently undefeated as a professional.  There’s nothing he does that I haven’t already seen.  So, I’m just going to stick to my game plan and listen to my corner. If I stay composed I will be able to put on the performance I’m looking for.”

“It’s a great honor, especially since I’m in the main event.  It shows I’m the top fighter in the division.  Getting the win by all means necessary will be my statement.  If I get the knockout, it will be icing on the cake as the say here in the U.S.”

“It means a lot.  I have a goal to break the record, held by Gianfranco Ross, for most title defenses at 11.  But I’ll always be ready to fight anyone they put in front of me. I want big challenges so I would love to fight with GGG or Canelo, and I would also jump at the chance to unify against Cotto or Hurd.”

“Training has been great. We’ve been at it for 10 weeks. I’ve been sparring with good partners, even though I can’t pronounce most of their names. We brought in a bronze medalist from the 2012 Olympics, Chris Pearson and a great Nigerian fighter as well. They’re defensively skilled and as close as we could find to Lara’s style. He’s hard to mimic, but they’re close. We’re not really doing anything new, just working more rounds. I’ve done lots of 12-rounders in sparring, but we’ll save the rest of our secrets for fight night.”

“It’s a blessing and a dream come true. I’ve been working on this since I first laced up the gloves. Not everyone gets this shot and I plan on taking full advantage. Those guys from the 2012 Olympics are my brothers. We talked about things like this back at the Olympics. Then they went out and showed me it’s possible. I want to be the next one to pick up a title to fulfill my promise too.”

“I’ve been watching Lara for a while. I know he’s a mover. Guys like that are slick and he’s a good counter-puncher. He’s a crafty veteran and has fought a lot of top guys. But I have a lot of experience myself. I’m undefeated and it’s my time.”

“Being involved in this lets me know where I’m at. Not just anybody got on this card. We earned our way here and this night will open up other big fights in the division. There’s no pressure for me, though. I put in all the hard work at the gym. On fight night, I just let things flow.”

Credentials: www.swansonpr.com/credentials; Deadline to apply for credentials is Wednesday, October 4