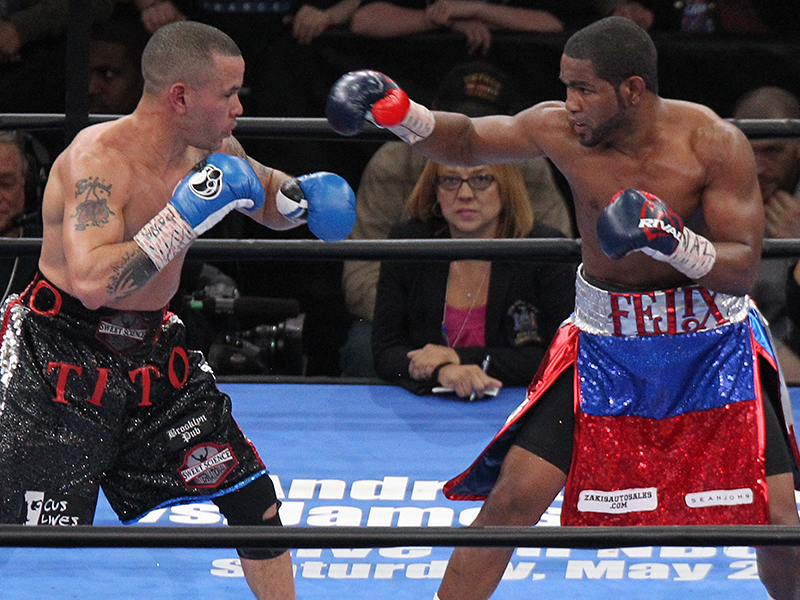 “MY BAGS ARE PACKED FOR OMAHA.

New York, NY (9/14/16) – Top-rated junior welterweight Felix Diaz wants a fight against Terence Crawford, and the Olympic gold medalist wants it bad. Earlier this week, Diaz called out the undefeated two-division world champion Crawford, and it doesn’t seem as though he is planning on quieting down anytime soon.

“I said it earlier and I am going to keep saying it, Crawford is the fight I want,” said Diaz. “There was a ton of positive responses throughout the industry after I called him out the other day, and rightfully so. Stylistically, this is a can’t-miss fight. Everyone knows it, including him. I have no problem going to Omaha for it either. He is the champion. I have no issues going into his backyard and taking his belt from him. We can fight in his mother’s kitchen if that’s where he is most comfortable. My bags are packed for Omaha. I’m ready. Terence, are you?”

Diaz (18-1, 8KO’s), the only boxer to win an Olympic gold medal for the Dominican Republic, is coming off a career-changing performance back in July. He dominated highly regarded, undefeated welterweight contender Sammy Vasquez, though he is a true super lightweight. Following his victory over Vasquez, Diaz signed with promoter Lou DiBella, with the goal of fighting the biggest names in the sport, and Crawford is at the very top of his list. DiBella has a longstanding working relationship with Crawford’s promoter Bob Arum and Top Rank, and the two have promoted numerous events together over the years.

“I have no problem working with Bob to make this fight happen on any network. Bob and I have been making deals for a very long time and I know that we can get something done here. It is really up to Terence if he wants to accept this challenge. This is a fight that any network committed to great boxing would want to televise. The ball is in Terence’s court,” proclaimed DiBella.