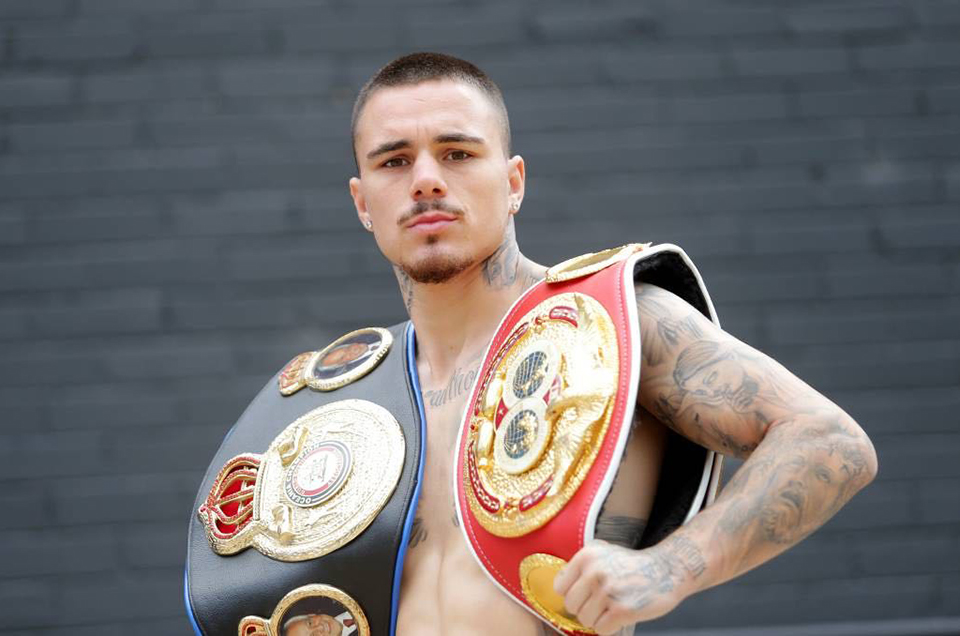 New York, NY (June 21, 2018) Undefeated world-ranked lightweight contender
“Ferocious” George Kambosos Jr. (14-0, 8 KOs), of Sydney, Australia, will return to battle in Kuala Lumpur, Malaysia, on Sunday, July 15 (Sat. July 14 in the United States) in a 10-round clash against JR “Star Boy” Magboo (17-1-2, 8 KOs), of Batangas, Philippines, it was announced today by DiBella Entertainment.
“I’m thrilled and very excited to get back in the ring on Manny Pacquiao’s undercard,” said the 25-year-old Kambosos. “Manny and I have had some excellent training sessions for this camp and I can’t wait to fight in Kuala Lumpur. I know that Magboo has lost only once, but I’ll be well prepared after training with Manny to be victorious.”
“I would like to thank Manny Pacquiao for giving George Kambosos this great opportunity to fight on his undercard in Malaysia,” said Lou DiBella, President of DiBella Entertainment. “All of us at DiBella Entertainment believe that Kambosos is a star with the potential to become a champion. This is a great opportunity for him to showcase his talent on the undercard of a future hall-of-famer and a legend.”
Kambosos vs. Magboo will take place at Axiata Arena in Kuala Lumpur, Malaysia, on the undercard of the WBA welterweight world title bout between boxing legend and challenger Manny Pacquiao and champion Lucas Matthysse.
Currently ranked #11 by the World Boxing Organization and #14 by the International Boxing Federation, the all-action Kambosos made his triumphant United States debut on May 5, with a stunning first-round knockout of Jose Forero at Foxwoods Resort Casino in Mashantucket, CT.
For the last few weeks, Kambosos has trained and sparred alongside Pacquiao as he prepares to win another welterweight world title. Trained by former heavyweight contender Justin Fortune, Kambosos also worked with Pacquiao in Los Angeles last summer in preparation for the Filipino’s clash with Jeff Horn.
A sports star in his native Australia, Kambosos stopped Krai Setthaphone in the ninth round on October 13, 2017, in front of a huge crowd headlining at the Melbourne Pavilion in Victoria, Australia.
Most recently, Magboo stopped Prell Tupas in the first round on May 13, in Marilao, Philippines.
Social Media/Kambosos
Twitter: @GeorgeKambosos
Facebook: George.Kambosos
Instagram: GeorgeKambososJr
Media Contact
Bernie Bahrmasel
Double B Publicity
Email: BernieBahrmasel@yahoo.com
Phone: + 1 773 592-2986
Twitter: @BernieBahrmasel
DiBella Entertainment
www.DBE1.com
Facebook.com/DiBellaEntertainment
Twitter: @LouDiBella, @DiBellaEnt
Instagram: DiBellaEnt
Website Admin