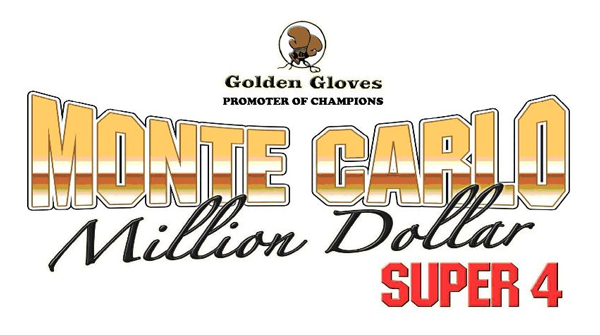 Monaco (3/30/13) – Earlier tonight at the stunning Salle d’ Etoile in beautiful Monaco, WBA and IBO middleweight champion Gennady “GGG” easily defended his title against challenger Nobuhiro Ishida, knocking out the former world champion with one devastating right hand in the third round of their scheduled 12-round championship contest.

Having never been stopped before, Ishida was looking to present a tough challenge for the young champion, but Golovkin would have no part in it. Golovkin stalked the much-taller opponent Ishida from the outset. By the second round, he was landing heavy shots with both hands and Ishida’s face began to show the wear and tear of the blows landed by Golovkin.

Near the end of the third round, with Ishida backing up to the ropes, Golovkin landed a picture perfect overhand right. The blow landed flush on Ishida’s jaw, sending the Japanese fighter through the ropes and out cold, flat on his back. Official time of the stoppage was 2:20 of round number three.

It was an impressive showing for Golovkin, who improved to 26-0, 23KO’s, with the stoppage victory.

In the co-feature bout of the evening, undefeated super middleweight Edwin “La Bomba” Rodriguez moved on to the finale of the Monte-Carlo Million Dollar Super 4 tournament pounding out a 10-round unanimous decision over previously unbeaten Argentine Olympian Ezequiel Osvaldo Maderna.

Rodriguez was the aggressor throughout, pressing the action and landing the much bigger shots. Maderna was able to counter well though, keeping the fight relatively close.

Rodriguez was deducted a point for a low blow in the eighth round and another in the ninth for what the referee deemed a blow behind the head that dropped Maderna. It was a questionable call, as the blow seemed to land more toward the top of Maderna’s head. Rodriguez was able to get the point back later in the round though, as he dropped Maderna with a straight right hand just as the round was ending.

In what was easily the fight of the night, Denis Grachev handed former two-division world champion Zsolt Erdei his first career loss as a professional, taking a 10-round split decision and advancing on to the Super 4 Finale in July where he will face off against the undefeated Rodriguez.

It was a classic boxer (Erdei) vs. puncher (Grachev) matchup, as Erdei controlled the early action with beautiful boxing, working behind a piston-like jab, and leaving Grachev swinging and missing widely.
However, as the rounds progressed, Grachev was able to turn the fight into more of a slugfest, as he looked to rough up Erdei in the process. Grachev was the busier of the two, with Erdei landing the much cleaner blows.

With the fight up for grabs, both fighters came out in the 10th and final round throwing bombs. It was a close round, with both fighters having their moments.

It was a close and controversial decision, with many at ringside having Erdei as the victor. Erdei’s performance was not wasted though, as he was invited back to fight on the card featuring the Super 4 Finale on July 13, back in Monaco.