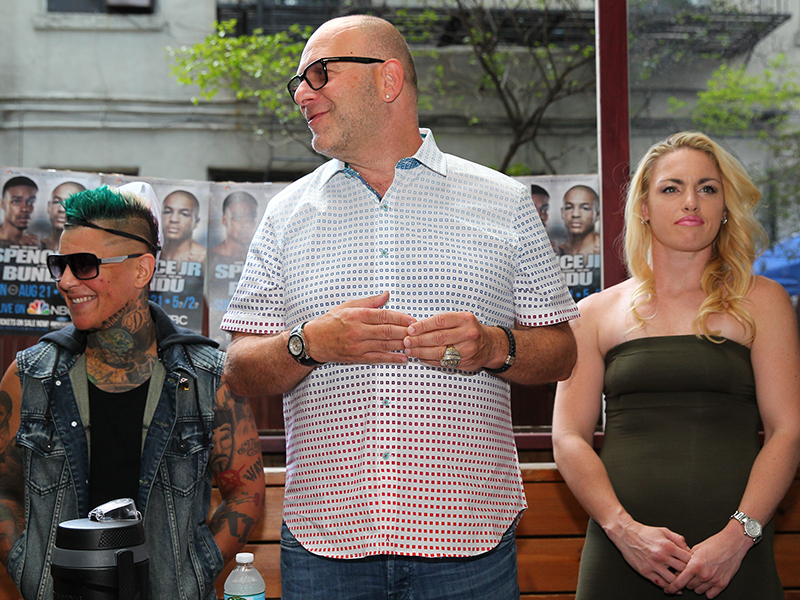 WHAT: Undefeated brawlers and longtime rivals Heather “The Heat” Hardy
and Shelly “Shelito’s Way” Vincent will host a media roundtable to announce their upcoming featherweight showdown that will be featured on Premier Boxing Champions on NBCSN Sunday, August 21 from Ford Amphitheater at Coney Island Boardwalk in Brooklyn.

Hardy (17-0, 4 KOs) and Vincent (18-0, 1 KO) have had a long and heated war of words dating back to Hardy’s second professional fight. The two will now meet in what promises to be an all-out war and the first women’s fight to air on a PBC show.

TICKETS: Tickets for the live event, which is promoted by DiBella Entertainment
and presented by BROOKLYN BOXING™, start at $35 and are on sale now. Tickets can be purchased online by visiting www.ticketmaster.com and fordamphitheaterconeyisland.com.