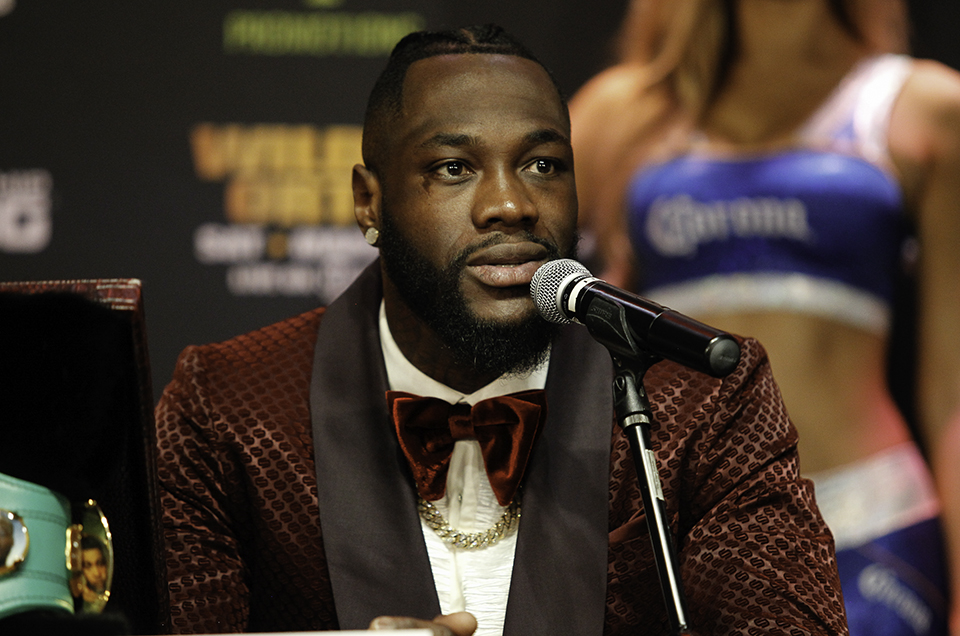 New York, NY (March 27, 2018) WBC Heavyweight Champion of the World Deontay Wilder is lending his proud support to the “March For Our Lives” movement. Hundreds of thousands took to the streets in the United States this past Saturday to demand the end to the epidemic of mass shootings.

Inspired by the most recent tragedy at Marjory Stoneman Douglas High School in Parkland, Florida and many other senseless acts of violence, Wilder showed his support in a message on his Instagram account that can be viewed HERE.

Said promoter Lou DiBella, President of DiBella Entertainment, “Deontay continues to show what it means to be the Heavyweight Champion of the World, inside and outside of the ring. The ‘March For Our Lives’ movement was spearheaded by the youth of America, and Deontay, as he’s done in the past by marching and lending his voice, continues to fully support the justice, safety and liberty for all Americans.”

Wilder (40-0, 39 KOs) is coming off his career-best victory, a sensational 10th-round knockout of the previously unbeaten Luis Ortiz on March 3, 2018, at Barclays Center in Brooklyn, NY. Representing the United States, the Tuscaloosa, AL native was a bronze medalist at the 2012 Olympic Games.