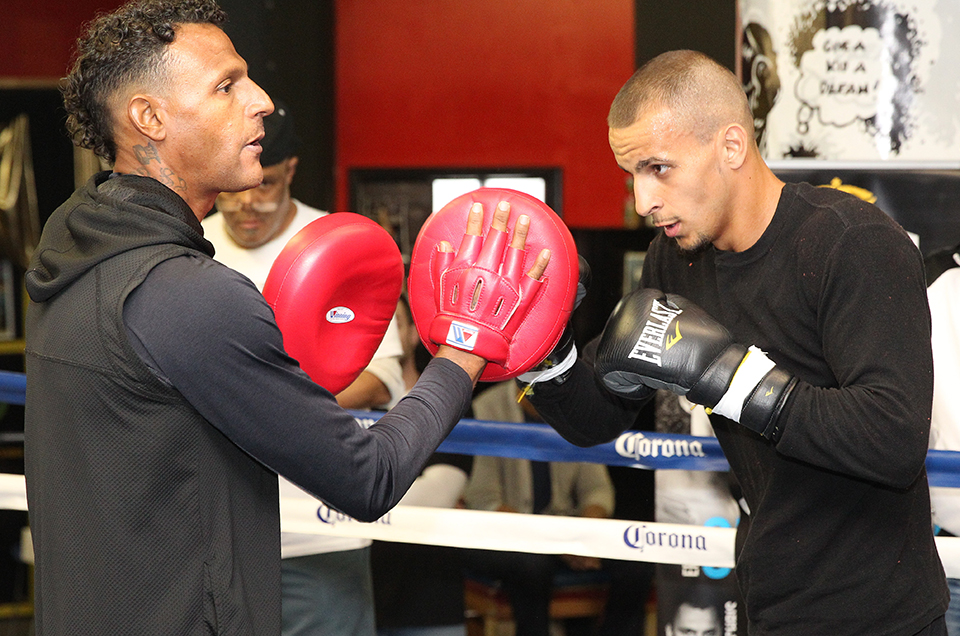 Promoted by DiBella Entertainment, Kalajdzic prepared in his hometown for his first world title fight and proclaims himself ready for victory.

“We’ve had a great camp in Florida with excellent sparring and I’m just ready to take advantage of this opportunity,” said Kalajdzic. “I’ve watched enough of Beterbiev and know that he’s a strong fighter, but he just comes forward and my plan is to counter his aggressiveness.

“His resume is pretty thin and he did get dropped in his last fight. There’s a lot that I can take advantage of.”

The 27-year-old Kalajdzic has bounced back with three knockouts victories since his only loss, a controversially scored eight-round split decision to Marcus Browne in April 2016.

“That’s all in the past. At the time, I wanted an immediate rematch against Browne, but now I just want to come out victorious on Saturday night.”

Following his loss to Browne, Kalajdzic stopped then-undefeated contender Travis Peterkin in the fifth round in a bout telecast on Showtime’s “ShoBox” series.

“Now that my chance to become a world champion is here, I’m ready to take home the belt. It’s a life changing opportunity and I’m up for the challenge. I’ve never been hurt in my career and I don’t plan on giving Beterbiev that chance either.

“The light heavyweight division is very hot right now and coming out victorious on Saturday nightwill lead to even bigger fights. I can’t wait to get into the ring and bring the belt home.”

“Hot Rod has a done a tremendous job of staying focused over the last couple of years and has earned this opportunity to fight for a world title,” said Lou DiBella, President of DiBella Entertainment. “Beterbiev is a very strong and tough champion but, on Saturday night, Hot Rod will show the boxing world that he belongs with the top fighters of the light heavyweight division. There could very well be a new champion come Saturday night.”