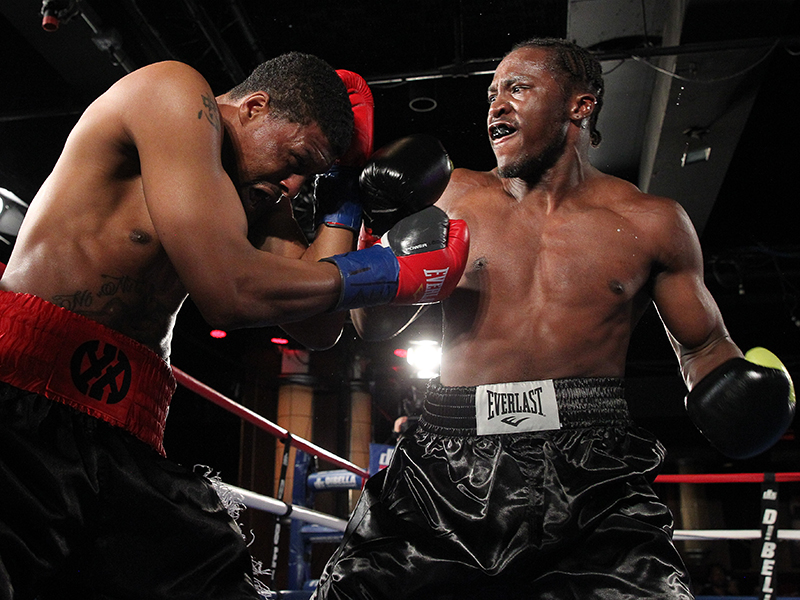 “I am thrilled to bring another great card back to the beautiful Buffalo Run Casino, which is the home of Trey Lippe Morrison and has become a second home for Ivan Baranchyk,” said Lou DiBella, President of DiBella Entertainment. “This is yet another sensational ShoBox card and I am proud to promote it as part of one of boxing’s finest series.”

Light heavyweight Radivoje “Hot Rod” Kalajdzic (21-1, 14 KOs), a 6-foot-2 native of Bosnia and Herzegovina, now based out of St. Petersburg, FL, and unbeaten southpaw “Notorious” Travis Peterkin (16-0-1, 7 KOs), of the Brownsville section of Brooklyn, NY, will be making their ShoBox debuts in the 10-round main event. Kalajdzic is seeking redemption following his controversial split decision loss in April, while Peterkin is hungry for recognition on the world stage.

The co-feature sees the return of Ivan “The Beast” Baranchyk (11-0, 10 KOs), born in Minsk, Byelorussia, now living in Brooklyn, NY, in his third ShoBox appearance taking on Roc Nation prospect Wang Zhimin (7-0, 3 KOs, 7-1 WSB), of Nutley, NJ, by way of Ningbo, China, in a 10-round bout. A fan favorite at Buffalo Run, Baranchyk, who is co-promoted by DiBella Entertainment, Fight Promotions Inc., and Tony Holden’s Four State Franchise, will be defending his WBC USNBC junior welterweight title while the vacant USBA 140lb. belt will also be at stake.

Ukrainian welterweight Ivan “The Volk” Golub (12-0, 10 KOs, 5-0 WSB), of Brooklyn, NY, who is co-promoted by DiBella Entertainment and Fight Promotions Inc., and James “Keep’em Sleepin” Stevenson (23-2, 16 KOs), of Baltimore, MD, vie for the vacant Junior NABF title in a scheduled eight-round contest. Golub, who accrued a 270-32 amateur record and was a five-time national champion in Ukraine, will be making his second appearance on ShoBox.