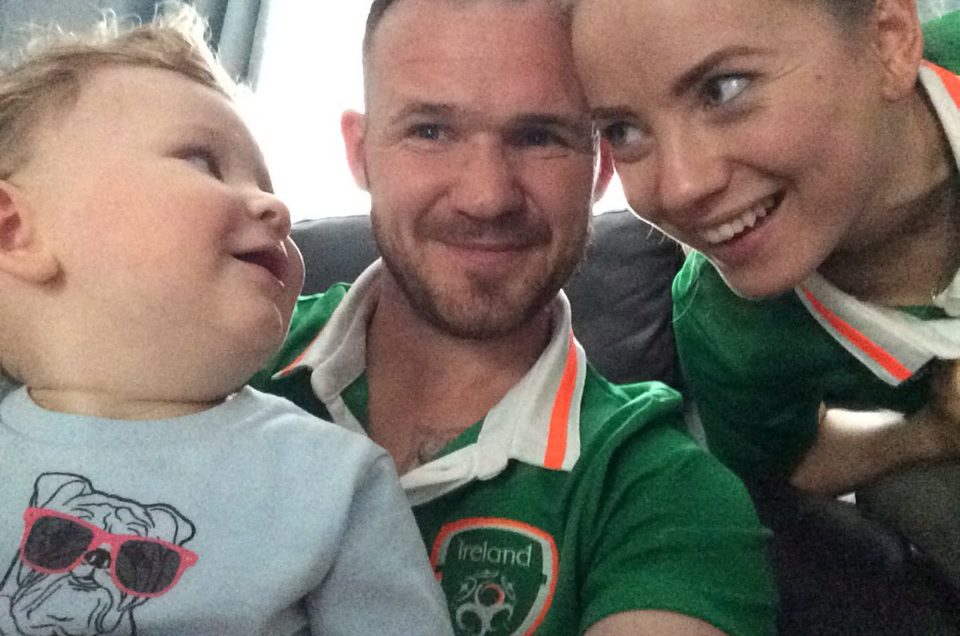 MASHANTUCKET, CT (March 17, 2016) – Patrick “The Punisher” Hyland spent St. Patrick’s Day in Ireland with his family, trading green beer for his son’s green bib, as he prepares for his featherweight world championship showdown against Gary Russell Jr. on Saturday, April 16 live on SHOWTIME® from Foxwoods Resort Casino in Mashantucket, CT.

“I spent St. Patrick’s Day with family and friends,” said Hyland. “We just got back from dinner after bringing my son up to the parade in Rathcoole.

“It was a lovely, sunny day for the beer garden, but none for me. I’ll have to celebrate April 17. I’m looking to bring that title back to Ireland.”

The Irish born and raised Hyland has won four fights in a row as he prepares for his world title opportunity stateside with the expectations of his nation on his shoulders.

“This win would be massive for the Irish boxing community,” said Hyland. “I want to become a world champion like Carl Frampton and Andy Lee and this is a prime chance. I’m going to proudly represent the Irish people and leave everything in the ring.”

Hyland has extra motivation, along with fighting for his wife, Lorna, and newborn son, Callum, he will be honoring the memory of his late father and longtime trainer who passed away recently.

“This fight means the world to me and it’s why I got into boxing,” Hyland said. “I’m dedicating this to my late father and after I win I’ll look up and say ‘Dad, we did it!’ ”

Tickets for the live event, which is promoted by DiBella Entertainment, are priced at $150, $90 and $45 not including applicable service charges and taxes and are on sale now. Tickets are available at www.ticketmaster.com and www.foxwoods.com or by visiting the Foxwoods’ Box Office. To charge by phone call Ticketmaster at (800) 745-3000. The Pedraza vs. Smith bout is promoted in association with Gary Shaw Productions, Universal Promotions and Matchroom Boxing.