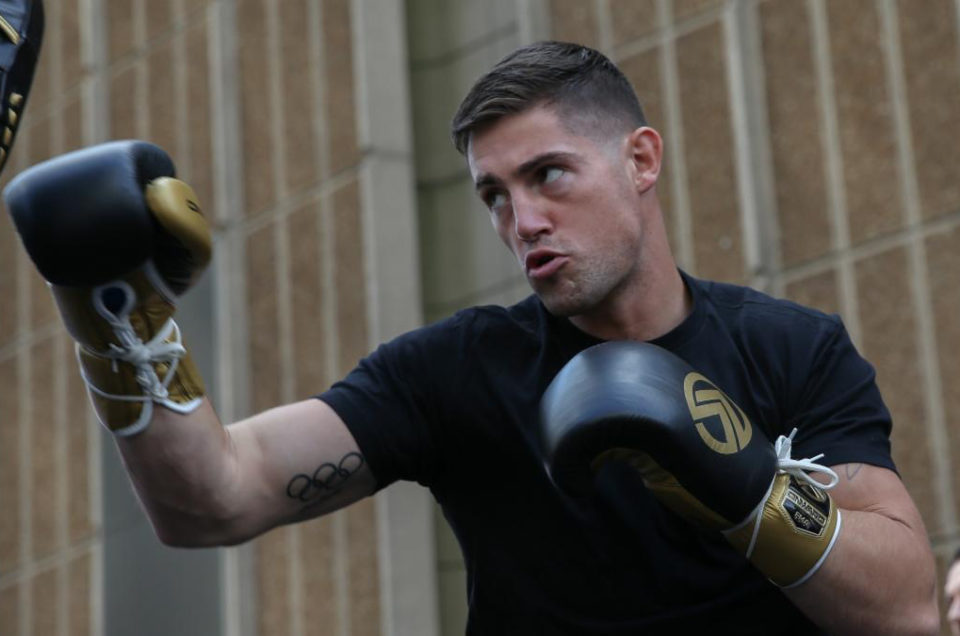 Promoted by DiBella Entertainment and Murphys Boxing, managed by Times Square Boxing Co., and fighting out of Westmeath, Ireland, the 25-year-old Ward has arrived in New York City from his training camp in Los Angeles with Hall-of-Famer Buddy McGirt. Following a public workout outside Madison Square Garden, he spoke about Saturday night.

“I loved it in Los Angeles. The weather was perfect for training and my conditioning,” said Ward. “I learned so much in just my first camp with Buddy and can’t wait to get started again after this fight.”

“Buddy is a great coach. He’s a Hall-of-Famer. He’s been a world champion himself so he knows the game inside out. Personally, I think there’s loads of room for improvement. I had a very successful amateur career, but we have to transition into being a top-class professional now.”

“I don’t know much about Delgado, but he has a very good record and I’m sure he will be there to try to knock me out.”

“Fighting at Madison Square Garden, especially for my professional debut, is very special and a huge opportunity, second to none. My team did a great job making this happen.”

“If all goes well on Saturday night, I want to stay busy and continue to learn under Buddy. I’m looking to put on a show and entertain the fans on Saturday night at Madison Square Garden,” continued Ward, who will march toward the ring to the popular sounds of “The Irish Rover”.