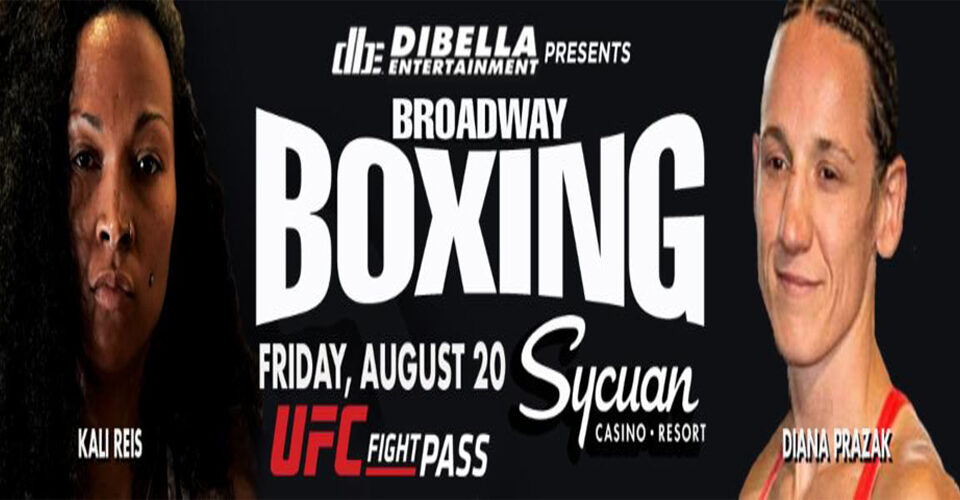 “It’s unfortunate that Mary McGee was injured in training. I know how excited she was for this title unification against Victoria Bustos,” said Lou DiBella, President of DiBella Entertainment. “However, Jessica Camara, who will be stepping in for McGee, has earned this opportunity, following her tremendous performance against Heather Hardy. Tune into UFC Fight Pass on August 20 for an outstanding event featuring some of the best talent in women’s boxing.”

Scheduled for 10 rounds, Camara vs. Bustos is the co-feature bout on Broadway Boxing, on Friday, August 20,from the beautiful Sycuan Casino Resort in El Cajon, CA. The event will be streamed live and exclusively on UFC FIGHT PASS®, the world’s leading streaming service for combat sports, starting at 8:00pm PT / 11:00pm ET.

Promoted by DiBella Entertainment, advance tickets, starting at $69, are now on sale and may be purchased HERE. The Sycuan Casino Resort is located at 5469 Casino Way, El Cajon, CA 92019, thirty minutes from Downtown San Diego. Doors will open on the night of the event at 7:00pm PT.

Reis’ ring nickname, “KO Mequinonoag”, which means “many feathers, many talents”, represents her Native American heritage, of which she is part Cherokee, Nipmuc, and Seaconke Wampanoag. In 2016, Reis became the first female Native American to win a world boxing title when she captured the WBC middleweight championship. Reis has recently garnered a wealth of positive headlines from the entertainment industry for her starring role in the cinematic release, “Catch the Fair One”, which tells the story of kidnapped Indigenous women. The film opened at the acclaimed Tribeca Film Festival in June, receiving the Festival’s 2021 Audience Award for Best Narrative Feature, and Reis, in her acting debut, won the Special Jury Award for her performance. Click Here for the movie’s trailer.

More information on this exciting card will be announced shortly.