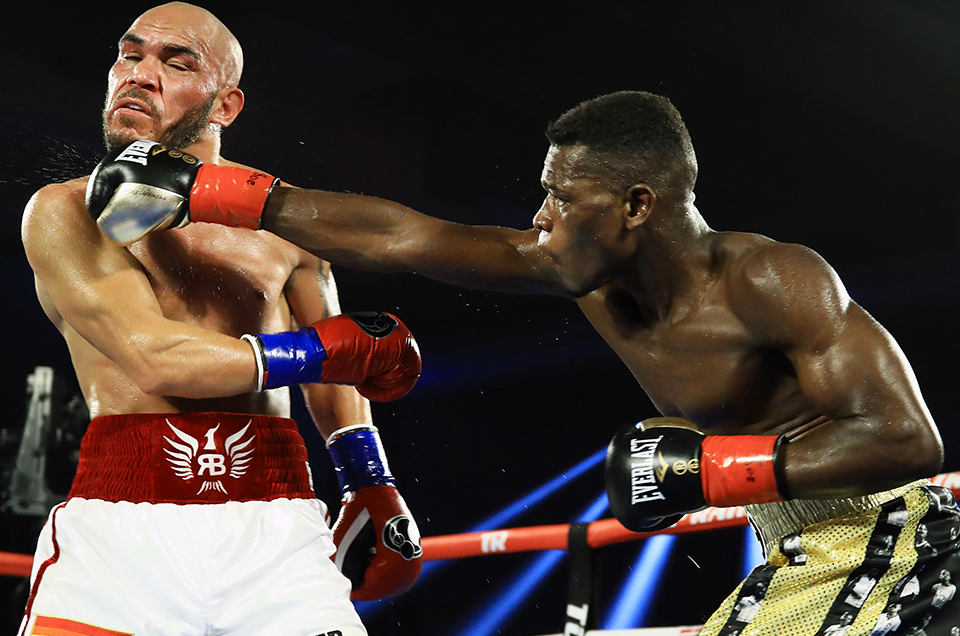 “Beltran showed why he was a champion. He’s a great fighter who showed it against me tonight,” Commey said. “I was happy to get the job done and defend my title for the first time.

“It looks like Teofimo Lopez is next, but he has a job to do first.”

It was all Commey (29-2, 26 KOs) from the opening bell, as the native of Accra, Ghana, knocked Beltran (36-9-1, 22 KOs) down a pair of times in the opening stanza and had him pinned against the ropes when the bell sounded to end the round.

Beltran had his moments in the fight and even appeared to hurt Commey on a few occasions, but Commey proved to be resilient and finished Beltran off with a furious combination. Beltran rose to his feet, but the referee waved the fight off.