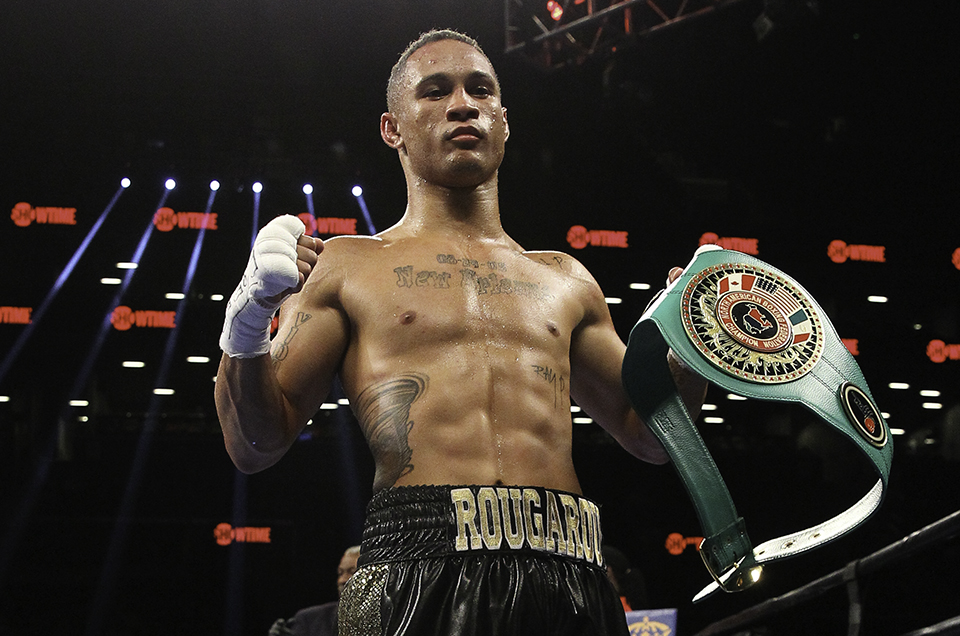 Special Hometown Fan Fest This Saturday Night
HOUSTON (Feb. 22, 2018) – Undefeated 140-pound contender Regis Prograis (20-0, 17 KOs) is mounting a motivational video campaign on social media and releasing a remarkable mini-documentary titled “Dear World, Sincerely Regis” dedicated to his hometown of New Orleans. The full video can be viewed HERE:https://www.youtube.com/watch?v=nSCq_S6PfiI
Filmed entirely on the streets of New Orleans, the compelling visuals are Regis’ way of introducing himself to the world on the eve of his biggest fight.
On Friday, March 9, Prograis will face former unified world champion Julius Indongo
(22-1-0, 11 KOs) for the vacant Interim WBC Super Lightweight World Championship in the 12-round main event of SHOWTIME BOXING: SPECIAL EDITION live on SHOWTIME at 10 p.m. ET/PT from Deadwood Mountain Grand, in Deadwood, South Dakota. Prograis is also determined to make history, as the last boxing champion to come from New Orleans was Willie Pastrano, who held the light heavyweight title from 1963 until 1965.
“Some people have seen me fight before, but for many I wanted to show them what’s important to me and what made me the fighter that I am,” said Prograis. “I wanted the people of New Orleans to know how much they mean to me and hopefully motivate others that anything truly is possible in life.”
“Regis is immensely proud of his New Orleans roots and is showing his love for the city with his ‘Dear World’ campaign,” said Lou DiBella, President of DiBella Entertainment. “With a victory on March 9, he will move one step closer to becoming New Orleans’ first boxing champion in more than 50 years. He and his alter ego, the Rougarou, are products of the rich culture, history, diversity and resiliency that are New Orleans. Regis dreams bigger than a world title; he wants to become a champion of the people, inspiring young people in his beloved NOLA and beyond.”
This Saturday night, February 24, Prograis will leave his training camp in Houston, Texas, for a special New Orleans Fan Fest (6:00pm-9:00pm) at the New Orleans Boxing Club, 2836 Conti Street, New Orleans, Louisiana, 70119. Fans and media are welcome to watch Prograis train up-close in what promises to be a festive atmosphere where numerous other professional athletes and celebrities are expected to attend.
SHOWTIME BOXING: SPECIAL EDITION live on SHOWTIME is presented by DiBella Entertainment, in association with Fight Promotions Inc., Holden Productions and Sauerland Promotions. Tickets, priced at $200, $80 and $60, are now on sale and can be purchased on Ticketmaster.com or by calling (877) 907-4726. Doors on fight night open at 5:30 p.m. More information on Deadwood Mountain Grand can be found on their website at www.DeadwoodMountainGrand.com.
In the 12-round co-feature, undefeated 140-pound contenders Ivan Baranchyk (17-0, 10 KOs) and Anthony Yigit (21-0-1, 7 KOs) will square off in a Junior Welterweight World Title Eliminator to become the mandatory challenger for IBF champion Sergey Lipinets. Lipinets will defend his belt the following day, March 10, on SHOWTIME CHAMPIONSHIP BOXING® against undefeated three-division champion Mikey Garcia.
# # #
CONTACTS:
Bernie Bahrmasel, DiBella Entertainment: (773) 592-2986
Susan Kightlinger, Deadwood Mountain Grand: (605) 390-3738
Chris DeBlasio, Showtime Networks Inc.: (212) 708-1633
Matt Donovan, Showtime Networks Inc.: (212) 708-1663
Flo Jocou, Showtime Networks Inc.: (212) 708-7319
Steve Pratt, BZA/Showtime: (310) 408-4555
Website Admin