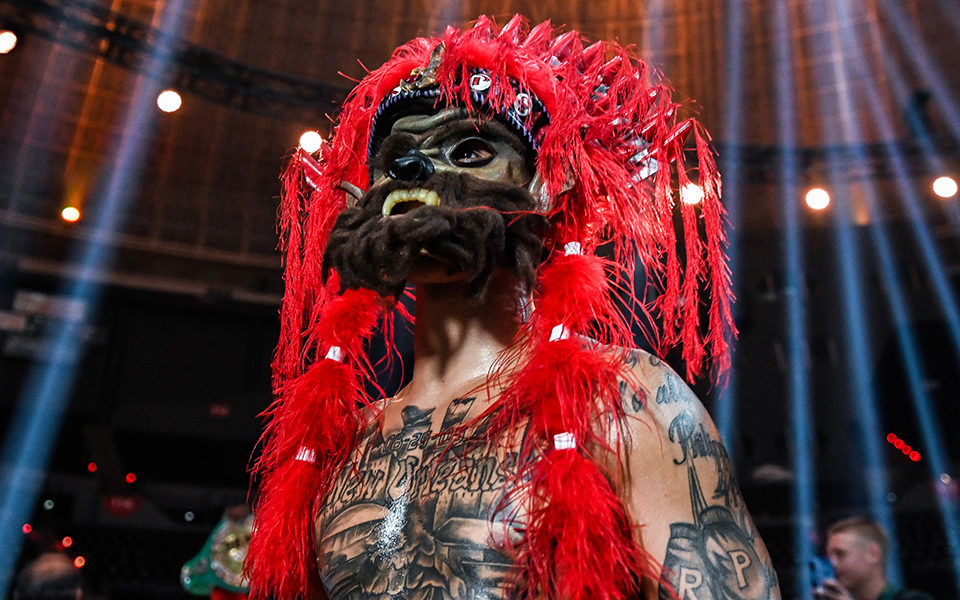 Lafayette, LA (April 29, 2019) The Fighting Pride of New Orleans, Regis “Rougarou” Prograis(24-0, 20 KOs), promoted by DiBella Entertainment, defended his WBC Diamond Championship and captured the WBA Super Lightweight Championship on Saturday night with a sixth-round stoppage of Kiryl Relikh (23-3, 19 KOs), of Minsk, Belarus, in front of a passionate home-state crowd at the Cajundome in Lafayette, LA. The victory moved the new champion into the finals of the World Boxing Super Series to face the winner of the other semi-final bout between IBF Super Lightweight World Champion Ivan Baranchyk and undefeated, world-ranked contender Josh Taylor set for Saturday, May 18, in Glasgow, Scotland.

“I’m not surprised at all, I’m a different animal,” said a victorious Prograis. “Relikh already knew that from the start of the fight. I know that whoever is put in front of me is going to get the same treatment.

“It was the same thing as my last fight, I worked on my defense. People have been saying that I get hit too much, so guess what? I proved against Flanagan that I can go 12 rounds and I barely got hit. This fight, I barely got hit and I stopped him.”

Said Lou DiBella, President of DiBella Entertainment, “What Regis did was make an emphatic statement to the boxing world. He showed his best offense and the best of his defense. It was an all-around brilliant performance.

“I want to see him enter every pound-for-pound list. Rances Barthelemy couldn’t do a thing with Relikh and this fight looked like a mismatch. I’ve worked with some special fighters, including Sergio Martinez. Prograis is special. The firepower, angles, movement, and agility are all there. In the last fight, Regis didn’t want to get hit and Flanagan didn’t touch him, but this time, Regis opened up. He basically knew Relikh couldn’t hurt him and wanted to show off his arsenal. It was a savage performance. There were moments of Pernell Whitaker defense. The only real punch that landed from Relikh was clearly after the bell.”

Stated manager Peter Berg, of Churchill Management, “Regis may very well be the best pound-for-pound boxer currently in any weight class. Regis is going to get the IBF belt in the WBSS finals and then it will be a rough going for Mr. Hooker and Mr. Ramirez when Regis comes to collect their belts.”

Opening the bout by dropping Relikh with a blistering left hand to the liver in the initial stanza,Prograis set the tone for the fight using his heavy hands, a punishing left jab and tight defense to control the action. Prograis then ripped open a cut on the bridge of Relikh’s nose in round two. Relikh ended the second hitting Prograis with a left well after the bell. However, Prograis went back on the attack in the third round, continuing to punish the bloodied champion with blistering power shots to the head and body, displaying his full arsenal.

In the sixth round, with Relikh taking an overwhelming amount of punishment, the bout was stopped by referee Luis Pabon at the 1:36 mark, as the jubilant Prograis was declared the new WBA Super Lightweight World Champion to add to his WBC Diamond Super Lightweight Title.