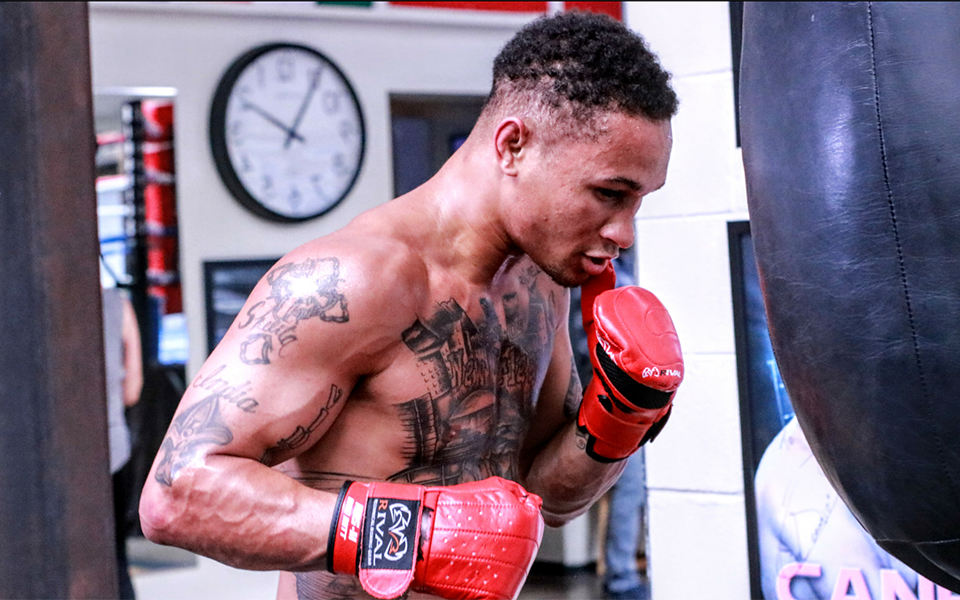 Los Angeles, CA (March 22, 2019) On one of his final days of training in Southern California, WBC Diamond Super Lightweight Champion and the #1 Ranked Super Lightweight Regis “Rougarou” Prograis (23-0, 19 KOs), of New Orleans, LA, swung open the doors of his training camp to the media in Santa Monica, CA.

Promoted by DiBella Entertainment, Prograis will head to Houston, TX, next week as he continues preparations for his world championship showdown against WBA 140-pound World Champion Kiryl Relikh (23-2, 19 KOs), of Minsk, Belarus, in the semi-finals of the World Boxing Super Series set for Saturday, April 27, at theCajundome, in Lafayette, LA. The fight will be telecast in the United States on DAZN.

Below are quotes from Regis at the media workout.

“This is my biggest fight, my first true world title fight and, mentally, the biggest fight of my career. Nothing will stop me from getting this belt.”

“I believe we will have a very big crowd on April 27. It’s about a two-hour drive from New Orleans and my fans have been wanting to see me fight for a world title.”

“Training camp is always hard, but we make it as fun as possible. I started training here for two weeks and then finish in Houston until fight week.”

“Hopefully, at the end of this tournament, I’ll be a unified world champion and have the Ali Trophy. The best fighters in the 140-pound division are in this tournament.”

“I felt great in my first tournament fight against Terry Flanagan. It was a fun fight and I was very relaxed. It was one of my best performances.”

“I can change my style if I have to. Whatever Relikh tries, I can beat him at it. Like always, whatever I feel like doing is going to happen. No one at 140 can stop me.”

“As long as the other belt holders don’t hide behind their promoters and networks, I’ll have the opportunity to become undisputed, that’s my goal. I want to prove what people are saying about me being the best 140lb. fighter in the word. It’s nice to have it said, but I want to prove it in the ring.”

“Jose Ramirez almost lost his last fight. Imagine if he got hit by me with the shots that Zepeda hit him with. He would have gotten badly hurt and knocked out for sure.”

“Relikh and I are two top five fighters fighting each other. You look at Maurice Hooker and Jose Ramirez and see their lack of competition. They’re not fighting top ten guys. For me, boxing is about the best fighting the best.”

Tickets, starting at $25, for the WBSS Super Lightweight and Bantamweight Semi-Finals are available through Ticketmaster here.