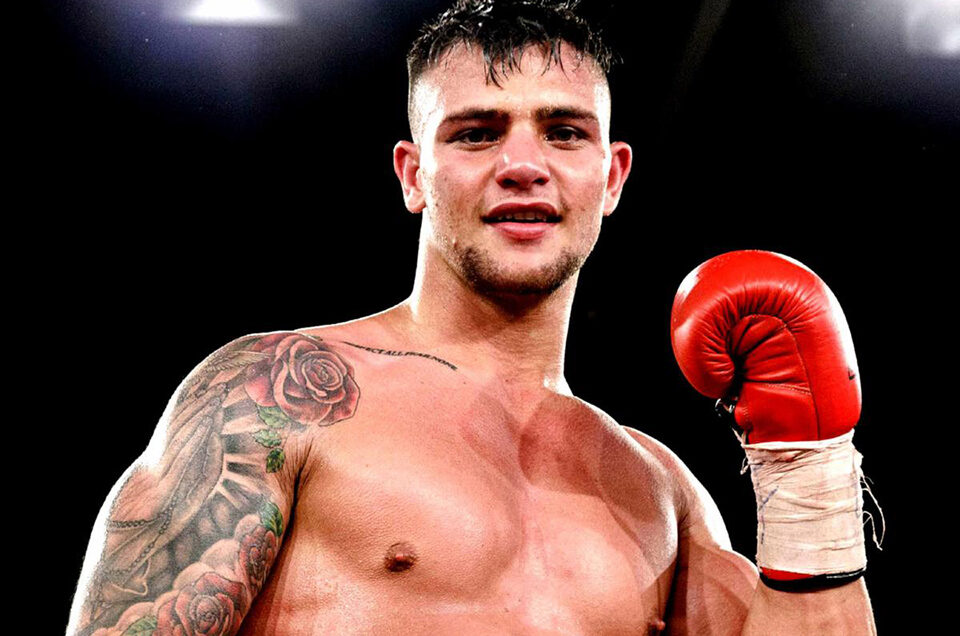 “I’m thrilled that UFC FIGHT PASS® is streaming this significant and well-matched card from South Africa,” said Lou DiBella, President of DiBella Entertainment. “I’m excited to join forces with my old friend Rodney Berman and Golden Gloves to promote the charismatic, talented Kevin Lerena and young welterweight phenom Jab Makhense. This show will be a solid introduction to the best of African boxing. In concert with Rodney, I look forward to exposing more African talent to boxing fans everywhere in the future.”

“It is great to stage ‘December Detonation’ in conjunction with Hall-of-Famer Lou DiBella, who has been a household name in South African boxing circles ever since his involvement with the Lennox Lewis-Hasim Rahman heavyweight championship contest, and the opportunities he gave to South African greats, such as Baby Jake Matlala, Brian Mitchell and Vuyani Bungu, during his days at HBO,” said Rodney Berman, President of Golden Gloves South Africa.

“It’s very exciting that UFC FIGHT PASS® will be streaming our event live, introducing the cream of South Africa’s talent to American audiences,” continued Berman. “Kevin Lerena is poised to become a global star in the cruiserweight division. He is somewhat of an anomaly, having had great success without any amateur background. He brings power, skill and excitement to the ring. This star-studded bill also includes the unbeaten Jabulani Makhense, who is destined to reach great heights in the welterweight division.”

“It’s an honor for me to have my fight streamed by UFC FIGHT PASS® in the United States and around the world,” said Lerena. “I’m thrilled to now be co-promoted by Lou DiBella alongside my loyal promoter Rodney Berman.

“I’m excited about Saturday’s fight,” continued Lerena. “I know that Ferguson will be prepared, but he will soon realize that I am on another level than him. I am determined to defend my title and I look forward to what the future will bring with DiBella Entertainment and Golden Gloves guiding my career.”

Lerena will be defending his IBO strap for the seventh time. He is also rated #2 by the WBA, #3 by the IBF, and #4 by The Ring at cruiserweight, as well as #3 by the WBC in their new bridgerweight division. The 28-year-old Lerena is coming off of a sixth-round stoppage of former world champion Firat Arslan on February 8, 2020.

Coming from a family heavily involved with horse racing, Lerena initially wanted to become a jockey. However, when a growth spurt ended that dream, he set his sights on becoming a professional boxer and, on November 30, 2011, he turned pro at the age of 19, with no amateur experience. Since then, he has captured the WBF African, WBC Youth Silver, WBA Pan African, and South African cruiserweight titles. He avenged his only loss to Johnny Muller by knocking him out in the 10th round of their rematch in 2016. When he’s not fighting, Lerena has been a paramedic for the last four years, working shifts as an ambulance emergency assistant.

Ferguson, from Spokane, WA, is riding a three-fight winning streak, following two close decision losses in 2019. He previously held the WBC USNBC title and was a touted US National champion as an amateur.

Opening up the stream, 22-year-old power-puncher Roarke Knapp (10-1-1, 8 KOs), from Edenvale, Gauteng, will vie for the vacant IBO Youth super welterweight title against Soweto, Gauteng’s undefeated Simon Dladla (6-0, 5 KOs) in a 10-round contest.