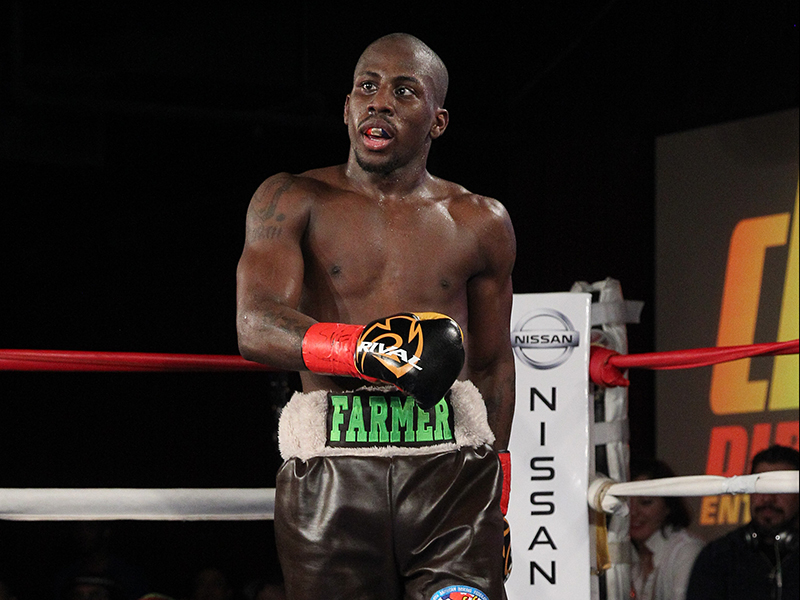 VERDEJO SET TO MAKE RING RETURN JUNE 11 AT MADISON SQUARE GARDEN
ON THE EVE OF PUERTO RICAN DAY PARADE
New York, NY (4/20/16) – Newly crowned NABF super featherweight champion Tevin Farmer has been closely following the career of Puerto Rico’s Felix Verdejo for some time now. So when Farmer, who is promoted by Lou DiBella, read a recent article (http://www.boxingscene.com/felix-verdejos-trainer-not-pleased-with-recent-performance–103607) published on BoxingScene.com about the undefeated Verdejo, his manager and trainer Ricky Marquez, and his handlers, Top Rank, Farmer and his team came up with an idea.
In the article, Marquez openly complains about Verdejo’s recent performances, while his handlers discuss their displeasure over a lack of budget for finding suitable opponents to match against the Olympian. Verdejo has a scheduled June 11 HBO date at Madison Square Garden, on the eve of the Puerto Rican Day Parade in NYC, and no opponent has yet been named for the WBA #2, WBO #3, IBF #5 and WBC #11 ranked lightweight.
The Philadelphia-native Farmer, rated #9 in the WBC super featherweight world ratings, has impressively rattled off 14 consecutive victories since suffering his last defeat way back in 2012 to Verdejo’s fellow countryman and reigning IBF super featherweight champion Jose Pedraza.
Like Verdejo, Farmer has had trouble finding suitable opponents to step up against him. Unlike Verdejo, however, the issue with Farmer is not the budget but the fact that the top fighters in his division are flat out avoiding him.
“I feel for Verdejo, because I have trouble getting suitable opponents too,” said Farmer. “Lou DiBella is doing everything he can to get me significant fights, even offering to overpay guys. The issue is never the budget. Lou believes in me and is willing to do whatever it takes to get me the opportunities we feel that I deserve. So when I read things like that Verdejo article, I feel bad for the kid. He’s a tremendous talent, and to blame a lack of budget on finding a suitable guy for him to fight, well that’s just as frustrating as the situation I have been dealing with. So I would like to start up a GoFundMe account for Verdejo. Maybe if the boxing world raises enough money, we can actually see this kid in a meaningful fight for once.”
Farmer continued, “Better yet, I’ll step up and fight him. Not only am I offering to move up in weight to fight him on June 11th, but I will do it for free. I have spoken with Lou and my manager Mark Cipparone and they are willing to pay my purse out of their pocket. Therefore, he can keep the entire budget for himself. This solves the opponent issue we are both facing as well as his budget issue. Let’s make this happen and give the boxing world what they deserve, a tremendous fight.”
Website Admin