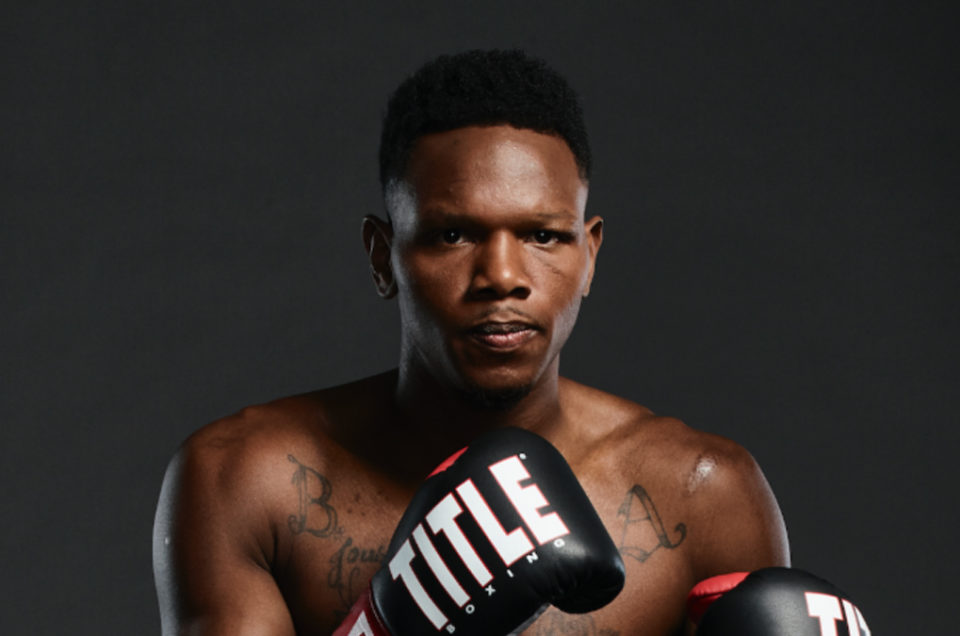 UNDETERRED BY PRISON AND PERSONAL TRAGEDY,
WALKER CONTINUES HIS JOURNEY TOWARD REDEMPTION

PITTSBURGH, PENNSYLVANIA (7/31/19) – If a typical boxer’s life and career trajectory is a well-beaten path with a few potholes and rocks, Eric Walker’s path to his fight Thursday, August 1, at Monroeville Convention Center was a 100-mile hike, barefoot, through a mountain range on a trail littered with broken glass. Between his parents’ drug use, his own extended prison stay, and family tragedies, 36-year-old Walker epitomizes the fighting spirit and tales of redemption that have long captivated boxing fans.

Thursday’s bout will be his first since earning a third-place finish in the TV Series The Contender late last year and will mark the first time that all of his family will be on hand to see him fight. Walker (18-2, 8 KOs), of Plaquemine, Louisiana, will face the Dominican Republic’s Jose Antonio “Bachata” Abregu (14-5, 8 KOs) in an eight-round junior middleweight bout that will be live streamed exclusively on UFC FIGHT PASS®, the world’s leading digital subscription service for combat sports. The stream begins at 8:30pm ET/5:30pm PT.

The horrific events that would make Walker into the fighter, father, and partner he is today began in 1990 with the death of his father.  Walter “Slim” Walker lived with his own mother, Eric Walker’s grandmother, who cared for him as sickle cell anemia ravaged his body, rendering him partially disabled. Walker would visit his dad frequently and even though he was young when his father passed away, he remembers vividly the way his father dressed and how he felt about his family.

“He always dressed nice and was always respectful,” said Walker. “My grandmother would pick me up and take me to spend time with him. He loved his kids so much.”

Walker was seven years old, playing outside of his house with friends, when his mother asked him to come inside. She told him that his father had died. She didn’t say that he’d overdosed on cocaine. Walker would learn that later. He remained close to his grandmother, visiting her frequently in the years following the loss of his father.

Substance abuse in Walker’s family wasn’t limited to his father. His mother, Terry Johnson, struggled with drugs and between her habit and working to support her family, Walker was often left to his own devices.

That’s not to say she didn’t shape her son’s character. “We are best friends and we have been since I was a kid,” Walker says of his mother.  “She had to be mom and dad. Even though she did drugs, I didn’t see her differently.”

When Walker would get in neighborhood fights and other kids would come looking for him, his mother taught him to be strong and face them head on. “She used to tell me, ‘If you don’t get out there and whoop their ass, I’m going to whoop your ass. Don’t be scared because they bleed just like you bleed.'”  Her voice echoes in his mind every time he steps into the ring. “She taught me not to be afraid of anyone.”

“She taught me to pray and would always tell my siblings and I that ‘It will get greater later.'”

The late 1990s were rife with tragedy for the family. Walker can rattle off the dates like they’ve been branded in his mind with a white-hot iron. On July 27, 1997, Walker’s eight-year-old sister and Terry Johnson’s youngest daughter, Darrilyn “Boosie” Johnson, was struck by a car and killed.

Less than six months later, in January 1998, Walker’s older brother, Bryan Johnson, went to prison for murder. He was only 16, but was tried as an adult and would be sentenced to 25 years.

Walker was also headed in the wrong direction. “I surrounded myself with bad influences,” says Walker of that time in his life. “I was running the streets and I thought I was a man. I was just a kid and tried to keep up with the wrong crowd.”

One year later, Walker himself would end up in prison. At only 15 years old, he was also tried as an adult and convicted of nine counts of armed robbery, with each count earning him 16 years in prison. “Thankfully, I served them concurrently,” said Walker.

The loss of three of her children in two years could have caused Walker’s mother to spiral further into addiction and self-destruction; however, she bucked the odds and fought the same way she’d tell her son to fight — without fear and with determination. She overcame her addiction and turned her life around.

“She is my biggest inspiration,” said Walker, his voice revealing his pride for his mother and the grief he feels at all she’s been through. “She’s overcome so much. She taught me how to do things right and she inspires me to push on when I feel like things are tough.”

Walker would go on to spearhead the prison boxing program during his 14 years in Dixon Correctional Institution, amassing a record of 61-1 fighting against teams from other prisons. His brother Bryan was by his side for just over 10 of those years. “It definitely made it easier that he was there with me,” said Walker. “He showed me the ropes and taught me how to protect myself when I got there.”

“I lost a lot of people when I was in prison,” he continues.  “My grandmother died in 2005 and it hurt so much because we were so close and I couldn’t be there with her.”

Walker was released from prison in June 2013 and wasted no time in making his professional debut, knocking out his opponent, Phillip Lars, in the first round of their scheduled four-round bout in December 2013. He would go on to win 15 of his next 16 fights before being cast on The Contender.  His story outside of the ring, and his talent inside would earn him fans all over the world.

On May 25, Walker’s brother completed his sentence and was released from prison. He will join the rest of Eric Walker’s family at ringside to watch him fight on Thursday.

“This is really special for me. This is the first time that my brother will see me fight as a professional. My mom and stepfather will be there along with my fiance Keyshia and my sons.” Walker has twin boys, aged three, and a 13-month-old son.

It’s a family that has been through all the hell that this world has to offer and stood together in spite of it all. Walker chokes back tears as he looks toward Thursday’s fight and his future. “My mom always told us it would get greater later. I look back on how it used to be and how it is now. Even with all we went through in life, she was right. Things got so much greater for us.”

Tickets for Broadway Boxing: NIGHT OF THE CONTENDERS, promoted by DiBella Entertainment in association with Pinnacle Fighting Championships, and presented by Nissan of Queens, Azad Watches, OPTYX, Christos Steak House and Gagliardi Insurance, are priced at $100, $50 and $25, and can be purchased online HERE. The Monroeville Convention Center is located at 209 Mall Plaza Blvd., Monroeville, PA 15146, just 12 miles east of Pittsburgh. Doors will open at 6:30 pm, with the first fight scheduled for 7:30 pm. For more information on the venue, please visit their website HERE.