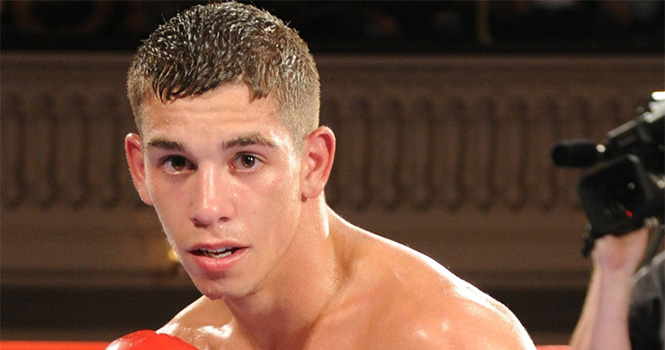 Boston, Mass. (3/17/14) – Tonight, New England fan-favorite Ryan “The Polish Prince” Kielczweski (18-0, 4KO’s) returns to the action for the first time in 2014 when he takes on Guillermo Sanchez in downtown Boston, Mass.  The bout, scheduled for six rounds in the junior lightweight division, will be one of the feature bouts on the special-edition St. Patrick’s Day Night at the Fights at the House of Blues.

Kielczweski, of nearby Quincy, Mass., is coming off his most successful year as a pro in 2013.  The 24-year-old went a perfect 4-0 last year, with two of the wins coming by way of knockout. The latter knockout was easily his most impressive to date as it came against previously undefeated Puerto Rican knockout artist Miguel Soto (now 11-1, 11KO’s) in the fifth round of their scheduled eight-round super featherweight contest at Rockingham Park in Salem, NH.  The contest was the co-feature bout on ESPN’s Friday Night Fights, and the highlight reel, one-punch KO was voted as the fifth best play of the day on that evening’s ESPN Top 10.

A former two-time New England Golden Gloves champion and 2008 runner-up at the National Golden Gloves, Kielczweski is looking for an even bigger year in 2014 as he continues to climb up the ladder of the junior lightweight world ratings.

For more information visit us at www.dbe1.com, follow us at twitter/loudibella or visit our fan page at facebook/dibellaentertainment.