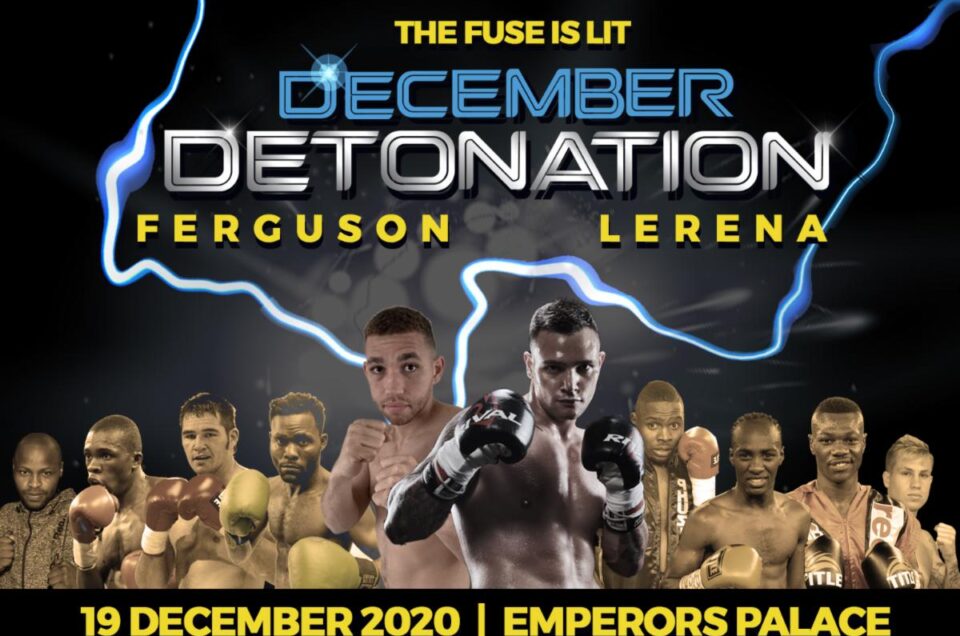 In his first fight co-promoted by DiBella Entertainment and Golden Gloves South Africa, Lerena will defend his IBO strap for the seventh time. He is also rated #2 by the WBA, #3 by the IBF, and #4 by The Ring at cruiserweight, as well as #3 by the WBC in their new bridgerweight division. Ferguson, from Spokane, WA, is riding a three-fight winning streak, following two close decision losses in 2019. He previously held the WBC USNBC title and was a touted US National champion as an amateur.

Opening up the stream, 22-year-old power-puncher Roarke Knapp (10-1-1, 8 KOs), from Edenvale, Gauteng, will vie for the vacant IBO Youth super welterweight title against Soweto, Gauteng’s undefeated Simon Dladla (6-0, 5 KOs) in a 10-round contest.