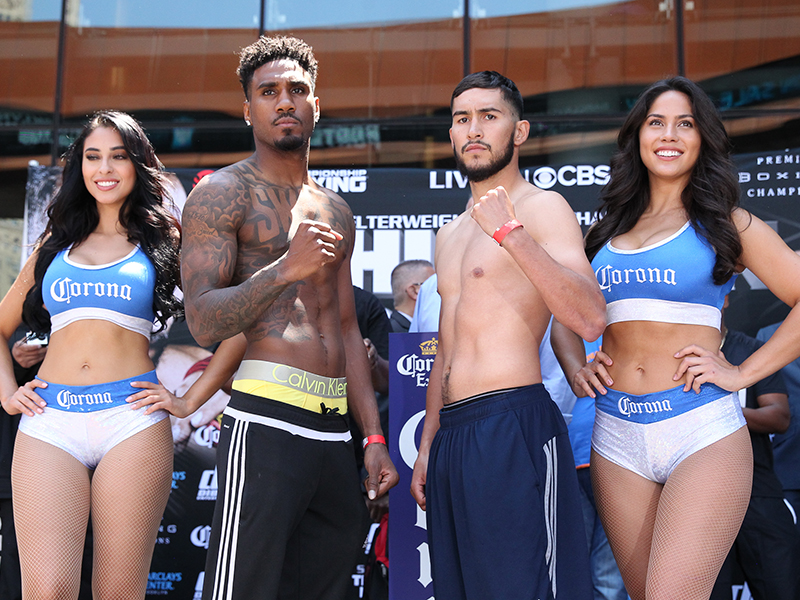 The 10-round showdown between the 25-year-old Hurd (17-0, 11 KOs) and 26-year-old Molina (13-0-10 KOs) is a rare matchup between young undefeated prospects in one of boxing’s hottest divisions.  The winner graduates to contender status in the stacked 154-pound class, a division featuring Erislandy Lara, Jermall and Jermell Charlo, Demetrius Andrade and Julian Williams.

Hurd vs. Molina represents the toughest professional fight for either man.

“The dictionary definition of ‘Swift’ is to happen quickly or promptly,” said Hurd. “So just like my ring name, that’s exactly what you’ll see on Saturday night. I’m so grateful that this fight was made and that the whole world will be able to see my boxing skills on this highly anticipated card.”

“I’m excited for this fight and I’m grateful that it’s even bigger now that it’s on CBS,” said Molina. “I’ve seen Hurd fight.  I know what he does well and what his weaknesses are and I’ll be looking to capitalize on them. It’s important for me to defeat the top guys and this is someone I have to beat to become a world champion one day. I’m excited about fighting in Brooklyn on the big stage, but my focus will be on my trainer’s game plan and coming out victorious.”

Hurd, of Accokeek, Md., just south of Washington, D.C., has an unblemished record since turning professional in 2012.  He is coming off a career-best performance last November with a six-round destruction of previously undefeated Frank Galarza on ShoBox: The New Generation.  Hurd, who has never been down or cut as a professional, will be facing his third consecutive unbeaten opponent.

Molina, of Norwalk, Calif., just east of Los Angeles, was a 2012 Mexican Olympian.  He tore through his opposition after turning professional in 2013, registering knockouts in 10 of his 14 fights.  Molina, who has also never been down, is coming off a 10-round draw with fellow unbeaten highly regarded prospect Dominque Dolton last September.  He returns to the ring this Saturday against another undefeated opponent as he looks to make a statement in the 154-pound division.

Tickets for the live event, which is promoted by DiBella Entertainment, start at $49 and are on sale now. Tickets can be purchased online by visiting www.ticketmaster.com, www.barclayscenter.com or by calling 1-800-745-3000. Tickets are also available at the American Express Box Office at Barclays Center. Group discounts are available by calling 844-BKLYN-GP. Barclays Center’s BROOKLYN BOXING™ programming platform is presented by AARP.  PBC is sponsored by Corona, La Cerveza Mas Fina.