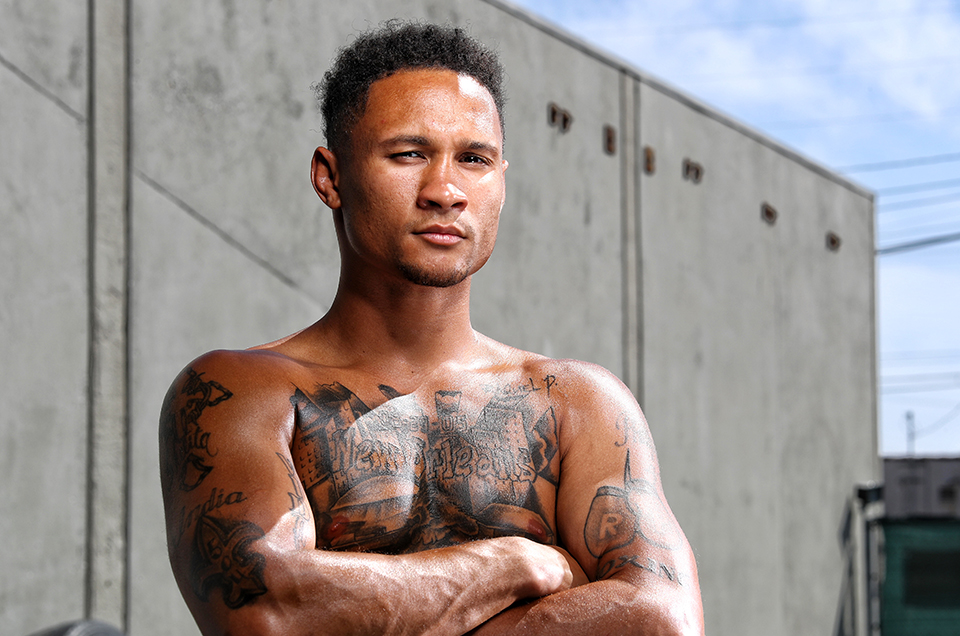 SATURDAY, OCTOBER 27
UNO LAKEFRONT ARENA, NEW ORLEANS, LA
“Under The Hand Wraps” Regis Prograis
New Orleans, LA (October 18, 2018) New Orleans’ Favorite Son and #1 World Ranked Junior Welterweight Regis “Rougarou” Prograis (22-0, 19 KOs) is wrapping up his training camp just days prior to his highly anticipated 12-round hometown showdown on Saturday, October 27, against former world champion Terry Flanagan (33-1, 13 KOs), of Manchester, England, at the UNO Lakefront Arena in New Orleans.
While training in Santa Monica, CA, as camp commenced last month, “Under The Hand Wraps”captured Prograis for an outstanding mini-documentary on his gym work in addition to his compelling story surviving Hurricane Katrina in New Orleans. The feature can be viewed HERE.
“Regis is not only a great fighter, but a unique and inspiring person that transcends boxing,” said Lou DiBella, President of DiBella Entertainment. “Watching him remember Hurricane Katrina is heart-wrenching and well worth watching. Albert Baker and his team at ‘Under The Hand Wraps’ are to be commended for their highly skilled production work.”
Prograis vs. Flanagan is a first-round bout in the World Boxing Super Series Tournament, which will be broadcast by DAZN (DAZN.com) in the United States. Tickets to this historic event, starting at $30, can be purchased by clicking HERE. Doors on the night of the event will open at 6:00 p.m.
On July 14, Prograis made his triumphant fighting debut in his hometown of New Orleans with a
sensational eighth-round knockout victory against Juan Jose Velasco at the UNO Lakefront Arena. Prograis is ranked as the Number 1 Junior Welterweight in the World by ESPN and Ring Magazine. He is the #1 Seed in the World Boxing Super Series Tournament.