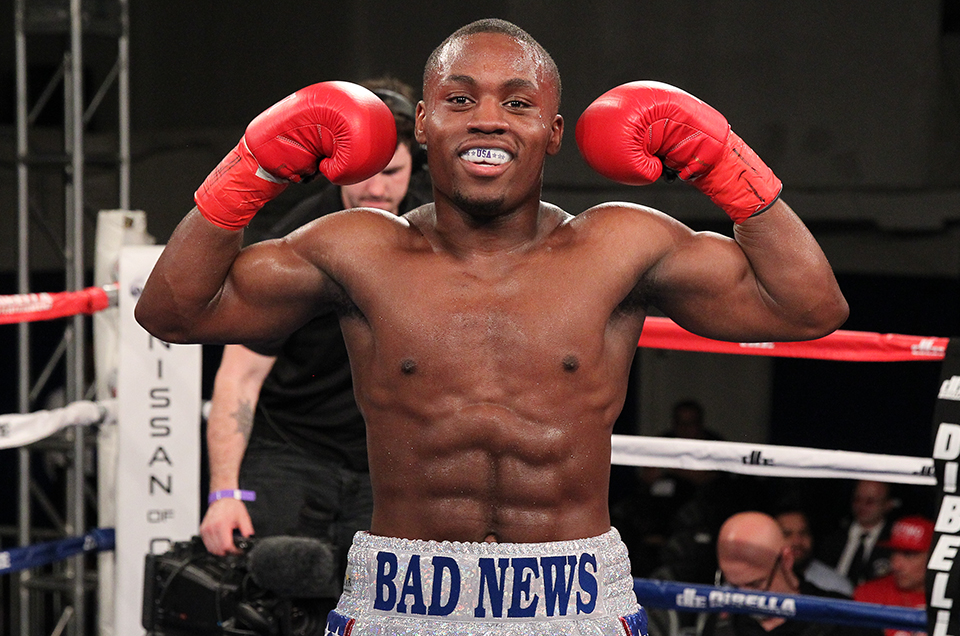 LAKEFRONT ARENA, NEW ORLEANS
SATURDAY, JULY 14, 2018
New York, NY (June 13, 2018) – 2016 United States Olympian and undefeated middleweight prospect Charles Conwell (7-0, 5 KOs), of Cleveland, will face popular Baton Rouge, Louisiana, veteran Travis Scott (19-3, 5 KOs) in an eight-round clash on Saturday, July 14
at the Lakefront Arena in New Orleans.
Presented by Top Rank, in association with DiBella Entertainment, Conwell vs. Scott will be a featured undercard fight to the highly anticipated main event between Regis “Rougarou” Prograis, of New Orleans, and undefeated challenger Juan Jose Velasco, of Argentina, with the WBC Diamond super lightweight championship at stake. Prograis vs. Velasco and Teofimo Lopez vs. William Silva will be televised live on ESPN and ESPN Deportes at 7 p.m. ET, while the undercard, including Conwell vs. Scott, will be broadcast on ESPN+ beginning at 4:30 p.m. ET.
“A local Louisiana boxer will get a chance to test himself against a US Olympian when the popular Travis Scott, of Baton Rouge, takes on Cleveland’s Charles Conwell, as part of the excellent undercard to Prograis-Velasco at Lakefront Arena, in New Orleans, on July 14,” said Lou DiBella, President of DiBella Entertainment. “Fans from Baton Rouge have even more of a reason to join us in New Orleans for a great night of world championship boxing.”
Tickets, priced at $200 (ringside), $125 (floor), $75 and $40, can be purchased at the Lakefront Arena box office, Ticketmaster.com and charge by phone at 800-745-3000. Discounts for military, students and the New Orleans Police Department members – $75 tickets for $50 and $40 seats for $25 – are available when presenting valid ID at the UNO box office.
Following an outstanding amateur career, the 20-year-old Conwell has quickly impressed boxing fans across the country with his world-class skills matched by his concussive power in both hands. On November 10, 2017, he made his triumphant professional return to Cleveland with a sensational performance, winning a nationally televised six-round unanimous decision against Roque Zapata, dropping the valiant Panamanian four times.
Most recently, Conwell stayed busy with a six-round unanimous decision versus Juan Jesus Rivera on March 9, 2018, in Deadwood, South Dakota.
Born and raised in Baton Rouge, the upset-minded Scott looks to jump back into the win column following a hard-fought clash with Mark DeLuca on March 18, 2017, in Boston.
Scott began his boxing career in the amateur ranks under the renowned Frank James and Frankie Caruso. While competing in over 100 amateur bouts, Scott won the Southern Boxing Association’s “Boxer of the Year” award in 1995 and 1996. During his tenure in the United States Marine Corps, Scott became a member of the All-Marine Boxing Team. Scott is well known in Baton Rouge boxing circles for his contributions as a pioneer to the local boxing scene and is a staple in reviving the sport in his hometown.
CONTACTS:
Top Rank
Evan Korn:  516-510-6014 / ekorn@toprank.com
Gardy Lopez: 787-246-3668 / glopez@toprank.com