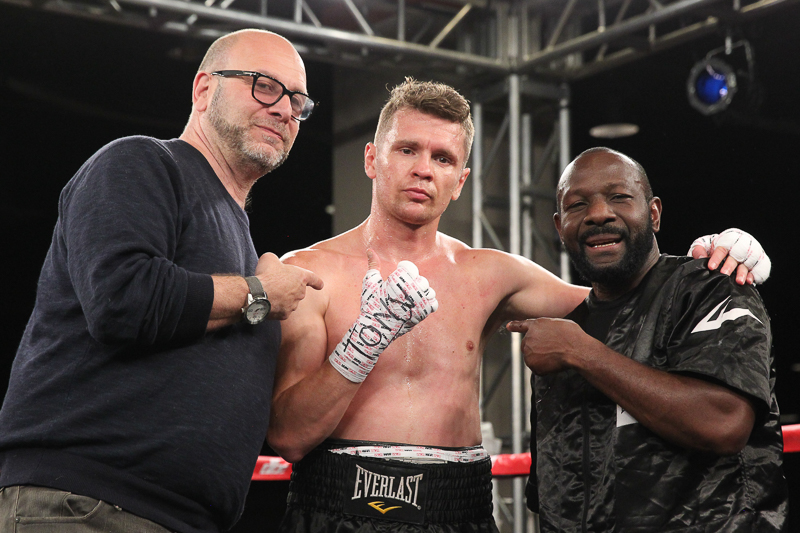 Foreman won the WBA junior middleweight championship by stopping Daniel Santos in the ninth round, on November 14, 2009, before losing the crown to Miguel Cotto at Yankee Stadium in 2010. Ending a nearly two-year layoff, Foreman returned to the ring in 2013, looking to regain his lofty status and put himself back into the world rankings. He has thus far won two bouts by unanimous decision. On January 23, Foreman shook off the rust and outboxed Brandon Baue over six rounds, at BB King Blues Club, and on April 4, he defeated Gundrick King, at Roseland Ballroom. Up next on July 24, Foreman is slated to take on the experienced Jamaal Davis (14-9-1, 6 KOS), of Philadelphia, who has faced the likes of Patrick Majewski, Gabriel Rosado, Joel Julio, Ossie Duran, and Peter Quillin.

The dynamic and always-exciting Heather Hardy, of Brooklyn, turned pro on August 2, 2012, and has impressively won five straight contests. Last time out, she moved up to six-round bouts, winning a unanimous decision over Mikayla Nebel in a rematch on April 4. Tomorrow, she will make an appearance on Macy’s Fourth of July Fireworks Spectacular, on NBC, between 8:00-10:00pm ET, in an interview from the famed Gleason’s Gym. Hardy will also be fighting on the July 24 Broadway Boxing against an opponent to be determined.

Additional bouts on the card and an opponent for Hardy will be announced shortly.

The card is promoted by DiBella Entertainment (DBE) and 50 Cent’s SMS Promotions and sponsored by Manfredi Auto Group, Newlio.com, and Everlast. SNY will broadcast the event tape-delayed. Tickets are currently on sale and can be purchased through Ticketmaster by calling (800) 745-3000. Tickets are priced at $125, $85, $65 and $45. Doors open at 6:30 p.m. ET with the first bout scheduled for 7 p.m. ET.