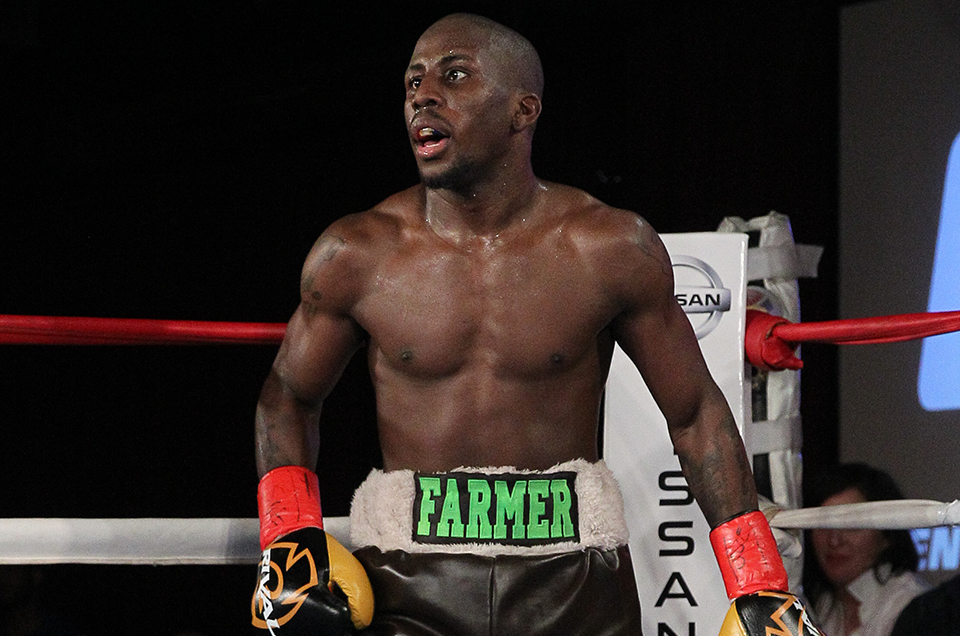 Slated for his first world title opportunity after having compiled an extraordinary 18-bout winning streak over the last five years, Farmer was also the victim this past July 29 to an act of senseless violence. When a neighborhood domestic dispute erupted involving Farmer’s brother, Tevin intervened to play peacemaker. The incident left him shot in the right hand and his brother shot in the face. Miraculously, neither Tevin nor his brother were seriously injured. The resilient Farmer was back in the gym training the following week, focusing on his left hand while waiting for his right to fully heal.

“This is truly a blessed Thanksgiving for me. From tearing my biceps in the second round against Ivan Redkach on April 29 to thankfully recovering from the gunshot wound to my right hand to now fighting for my first world title, I have so much to be thankful for,” said Farmer.

“I’m excited to spend the holiday with my family. They all want to talk about the fight and many of them will be in Las Vegas.”

About his unique path to the world title fight, having begun his career with a 7-4-1 record, Tevin’s message is, “I needed to get serious about my career. I always had the skills, but I needed to make the right decisions. That’s what I would tell anyone who has a dream like I do.”

Farmer, a great, great nephew of boxing legend Joe Gans, started working with Lou DiBella and DiBella Entertainment in 2014. “Lou has been terrific for me, not just as a promoter but as a person. He’s very caring about what happens to me. We’ve always been on the same page and he told me ‘keep winning and I’ll get you a title shot’ and he most certainly did.”

In regard to fighting Ogawa, Farmer said, “I’m just better and I will be victorious. None of these dudes can beat me.”