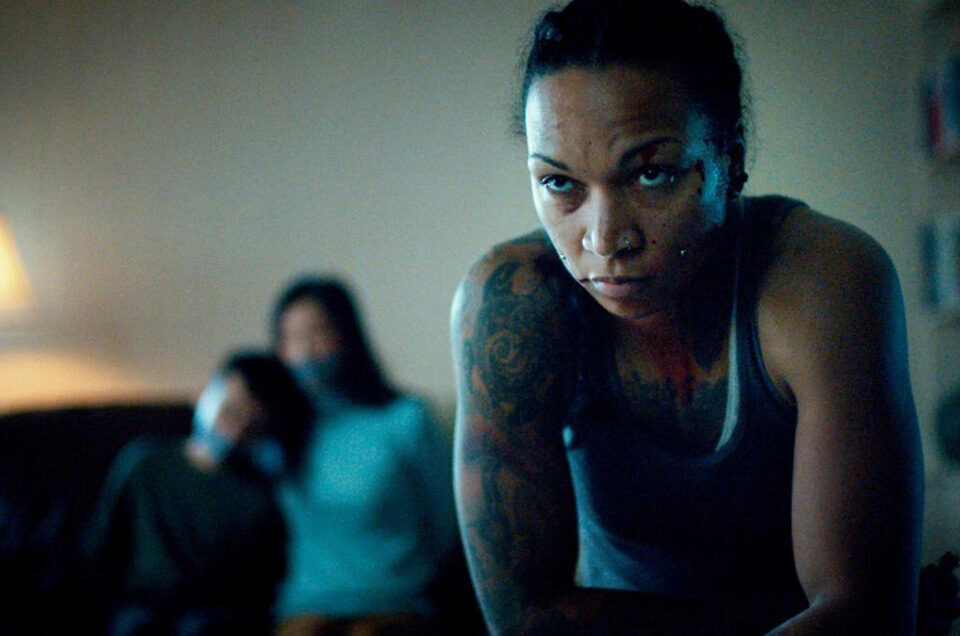 ANNOUNCEMENT ON NEXT FIGHT COMING SOON

WBA super lightweight world champion Kali Reis is receiving a wealth of accolades from the international entertainment media for her starring role in the movie, ‘Catch the Fair One’, which is a scintillating thriller set in the sex trafficking world of indigenous women.

Directed and produced by award-winning Josef Kubota Wladyka, the movie premiered on June 13, at the famed Tribeca Film Festival with the film and Reis garnering awards and rave reviews, as her character searches for her missing sister. The film won the Festival’s 2021 Audience Award and Reis, in her acting debut, won the Special Jury Award for her performance. Among the outlets praising the movie are IndieWire, The Daily Beast, Film Threat, Hammer To Nail and Loud and Clear Reviews.

‘Catch the Fair One’ can be screened through the festival at www.TribecaFilm.com and the trailer can be viewed via YouTube HERE.

Reis’ ring nickname, “KO Mequinonoag”, which means “many feathers, many talents”, represents her Native American heritage, of which she is part Cherokee, Nipmuc, and Seaconke Wampanoag. A former WBC middleweight champion, Reis captured the WBA super lightweight world title on November 6, 2020, earning a unanimous decision victory against Kandi Wyatt. DiBella Entertainment will soon announce Reis’ next world title defense, which will happen over the summer.

Stated Reis about the movie and the response from the media, “I am overwhelmed with pride and honor over the reviews for ‘Catch the Fair One’. When the director and I first started this journey back in 2017, we had dreams of bringing awareness to this detrimental epidemic of MMIW (missing and murdered indigenous women) and sex trafficking in general.

“Between Josef’s incredible artistic ability in storytelling, his in-depth look into this world and my authentic input through my own personal experiences, we were able to create this intense and necessary film. Native and Indigenous women and men have been mistreated and deemed ‘merciless savages’ or ‘less than human’ since their first contact with colonizers.

“My aim is to bring awareness to issues important to my community through the platform I’ve built for myself in almost 13 years as a boxer and Josef does the same through film. I am filled with gratitude to everyone who was a part of this project and especially grateful to Tribeca for featuring ‘Catch the Fair One’ in this year’s film festival.

“I am so honored to be able to tell this story and humbled by all those who took the time to watch it. This film is in no way, shape, or form an answer or solution to the issue of missing and murdered indigenous women, girls and relatives. It is just our artistic interpretation for people to question why this isn’t reported in mainstream media and why this continues to happen every day.

“People have asked me how they can help the cause. Educate yourself and seek to have conversations with those who may not know anything about MMIW. The more we speak about it, the more we can start to heal and make preventative actions more accessible to communities that lack resources.

“It is important that we honor our ancestors who gave up so much for us to survive and be here now. We are worthy of being recognized as the first people of this land. However, we are the forgotten race and it is time that people realize we are still here and a part of society as a whole. It is our goal that one day our women will be less targeted and not have to worry that their babies will become yet another statistic.”

Reis’ boxing promoter, International Boxing Hall of Famer Lou DiBella said, “Kali Reis is a true boxing champion. Her performance in ‘Catch the Fair One’ is riveting and powerful. It’s a natural extension of her advocacy for missing and murdered indigenous women. I’m very proud to work with this socially conscious, multi-talented woman. Do not miss this film.”