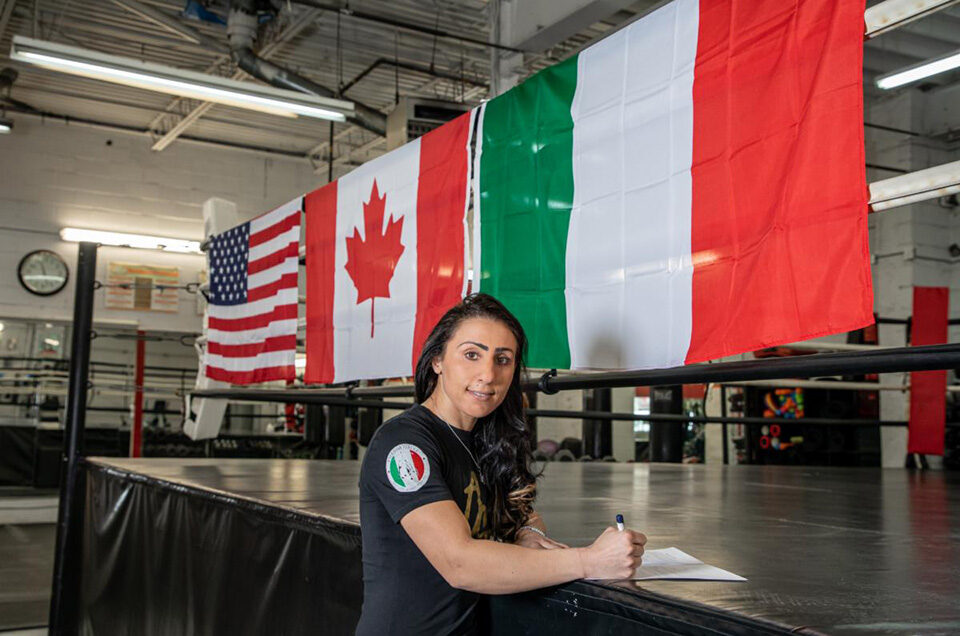 Toronto’s Amanda Galle has conquered the national stage in Canada. Now she’s ready to conquer the world. Galle, one of the top female super bantamweight prospects in boxing, has signed a co-promotional agreement with DiBella Entertainment and Lee Baxter Promotions.

The three-time Canadian National champion is now 4-0 as a professional and holds the Canadian women’s super bantamweight title, coming off of a dominant victory against Shelly Barnett in January of 2020. Like many fighters, her career has been slowed by the global pandemic, but an affiliation with DiBella Entertainment, perhaps the most committed promoter of women’s boxing in the United States, will correct that course. Galle’s amateur accomplishments also include four Ringside National titles. As a professional, she’s looking to meet up with some of her elite amateur contemporaries in pursuit of a world title down the road.

That road might not be particularly long for Galle, who showed in her shutout of Barnett that she is ready to be on the fast track. Barnett most recently went the distance with Olympic medalist Marlen Esparza.

“I am super excited to be working with the most renowned promoter of female boxing, Mr. Lou DiBella, with DiBella Entertainment out of New York, in a co-promotion with Lee Baxter from my backyard in Toronto,” said Galle. “The timing is in accordance with the huge leap forward that I’ve seen in women’s boxing, with the recent pay-per-view event featuring several prominent female fighters and all-women’s cards on the horizon. I have the best of both worlds, the ability to stay active locally with Baxter and DiBella matching me against international competition to move up the world rankings, as he has done with so many of his fighters.”

“Amanda is a very skilled fighter with the potential to become a world champion,” said Lou DiBella, President of DiBella Entertainment. “Under Lee Baxter’s guidance, she will be developed at home in Toronto and, with DiBella Entertainment, Amanda will expand her fan base and stature in the US and abroad, as she moves up the ladder facing top opposition.”

“We think that Amanda has all the tools to become the next breakout boxing star in Canada, regardless of gender,” said promoter Lee Baxter. “It’s obvious that she’s ready to be fast-tracked toward a world title, and she carries herself like a superstar. She’s a phenomenal fighter, but she’s also a big personality and an entertainer. She belongs on the big stage and, along with Lou DiBella, we’ll be able to give her the platform to truly shine.”