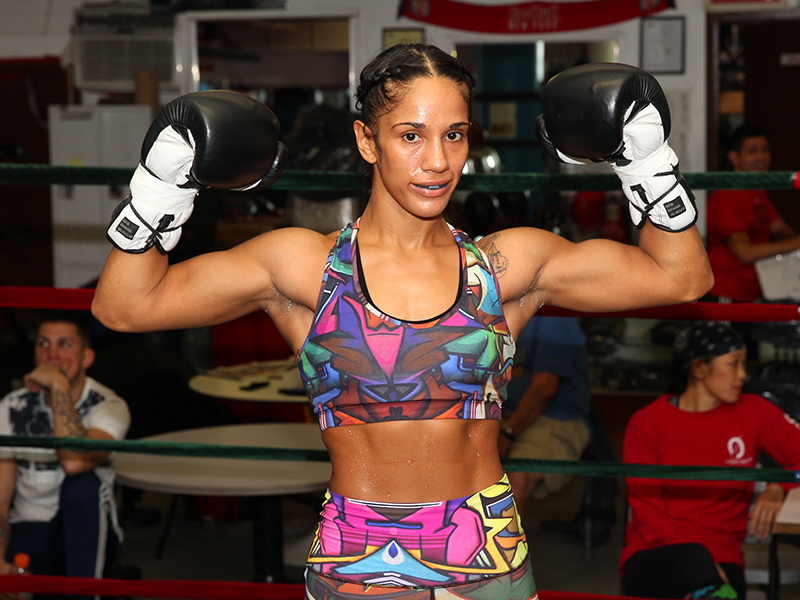 Looks for Biggest Fights in Second Half of 2019

New York, NY (May 30, 2019) Women’s boxing superstar Amanda “The Real Deal” Serrano (36-1-1, 27 KOs) has been named the “Athlete of the Year” by the 62nd Annual National Puerto Rican Day Parade Committee ahead of their famed annual parade on Sunday, June 9, in New York City.

Winner of world titles in a record seven weight divisions, Serrano is overwhelmed with excitement by the honor.

“The Puerto Rican Day Parade in New York City is the biggest day of the year for me to celebrate my homeland. For many years, my family and I have attended and to be recognized in this manner for my accomplishments means a great deal to me,” said Serrano.

An estimated three million spectators are expected to watch the demonstration of ethnic and cultural pride as the parade makes its way up Fifth Avenue.

Among the other honorees at the parade will be nine-time Grammy award winning musician Jose Feliciano and seven-time baseball All-Star Edgar Martinez.

The Brooklyn-based Serrano is coming off of a sensational performance on January 18 with a devastating first-round knockout of Eva Voraberger earning the vacant WBO Super Flyweight World Title. The record-setting world title victory came in Serrano’s seventh different weight class, a feat never previously accomplished by a female fighter.

Stated promoter Lou DiBella, President of DiBella Entertainment, “This is a great honor for Amanda and we’re very proud to have promoted her throughout her historic run of world titles in seven weight divisions. She is very proud of her Puerto Rican heritage and well deserving of this recognition. We’re currently working on some big plans for her return to the ring this summer and later in the year.”

“Amanda has worked very hard to attain the status that she has as one of the very best female fighters in boxing in addition to her accomplishments in mixed martial arts,” said her longtime trainer and manager Jordan Maldonado. “We are very interested in watching Katie Taylor this Saturday in her attempt to become the undisputed champion in the lightweight division. If she is successful, there is no bigger fight in women’s world boxing than a fight with Amanda.

“We’re looking to get back in the ring in the summer and build toward the fight with Katie Taylor later this year. Amanda and I will also be cageside in support of featherweight boxing champion Heather Hardy on June 14 at Bellator 222. We’ve known Heather for many years and if she is successful on June 14, a boxing match with Amanda has been talked about recently, which would be a very big fight in New York City.”