FOLLOWING HIS VICTORY AGAINST CULCAY, SERGIY DEREVYANCHENKO IS SEEKING THE BIGGEST FIGHTS IN THE MIDDLEWEIGHT DIVISION 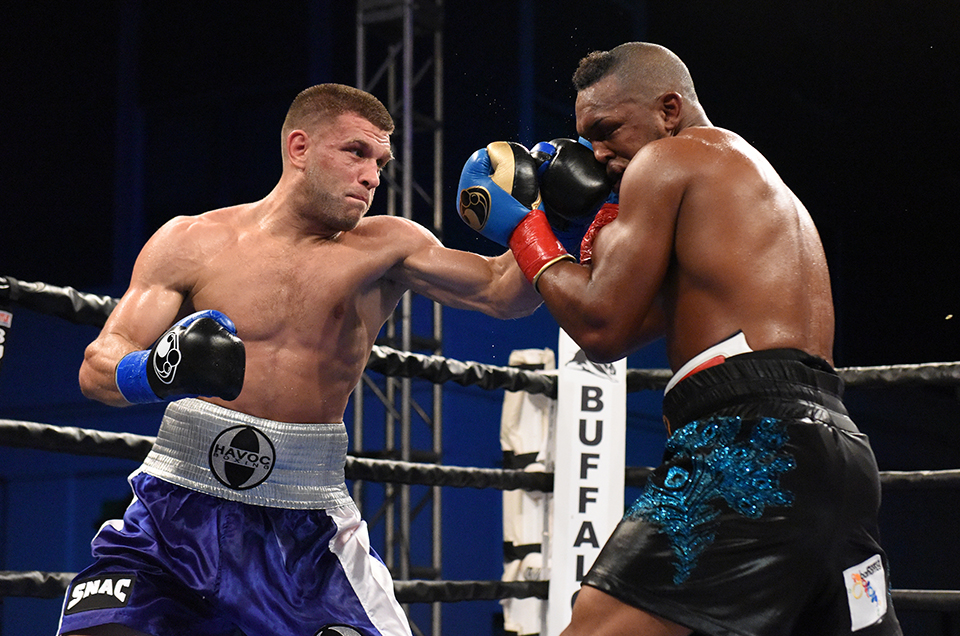 The victory earned Derevyanchenko, co-promoted by DiBella Entertainment and Fight Promotions Inc., the status of mandatory challenger for the IBF Middleweight World Title currently held by Brooklyn rival Daniel Jacobs. On October 27, 2018, the former Ukrainian amateur standout lost a hard-fought controversial 12-round decision to Jacobs for the vacant title at Madison Square Garden.

With Jacobs headed to a middleweight unification showdown versus Canelo Alvarez on May 4, Derevyanchenko looks to make a quick return fighting any of the top middleweights.

“I felt very good against Culcay; he was a very tough opponent, but I prevailed by listening to my corner and staying focused,” said Derevyanchenko. “I’m going to take just a short time off and return to the gym. My focus is staying active and fighting the best in the middleweight division. My fight versus Danny Jacobs proved I can compete with anyone. Now it is time to win a world championship.”

“Sergiy defeated a very game Jack Culcay on Saturday and proved that he remains one of the best middleweights in the world,” said Lou DiBella, President of DiBella Entertainment. “With the win, he is now the mandatory challenger for the IBF world title, and we will continue to seek out the biggest and best opportunities for Sergiy to compete against the elite of the middleweight division ASAP.”