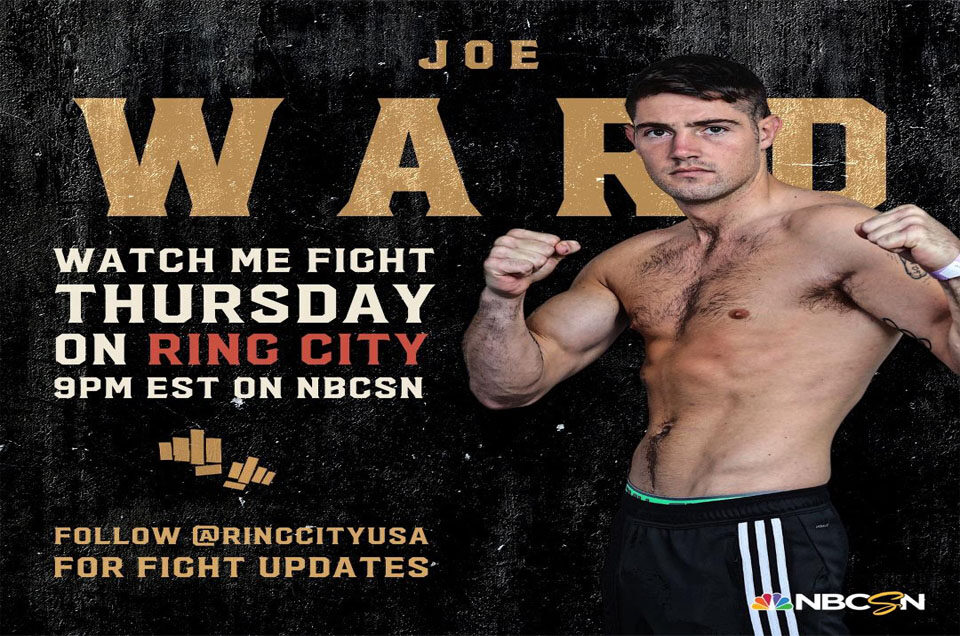 The 27-year-old Ward (2-1, 2 KOs), a native of Westmeath, Ireland, will seek revenge in a six-round light heavyweight rematch against Marco Delgado (7-1, 5 KOs), of Turlock, CA. Ward first faced Delgado in his highly anticipated pro debut at New York’s Madison Square Garden, on October 5, 2019. In the second round of their fight, Ward suffered a serious knee injury, which required surgery. Since his ring return in 2020, Ward, now trained by former world champion Joey Gamache and Jimmy Payne, has picked up two victories. Delgado is coming off of a big win against the previously unbeaten 6-0 Burley Brooks, on December 5, 2020, in Texas.

“I’m really looking forward to this fight. It’s a massive opportunity for me to put things right on national television,” said Ward. “I’ve been working hard and staying focused, despite everything that’s been going on, so I feel ready to go out and perform. I want to thank my entire team, from my trainers, Jimmy Payne and Joey Gamache, to my promoter, Lou DiBella, and my managers, Adam Glenn and Joe Winters, for getting me this opportunity. This is bittersweet because my manager and friend, Joe Winters, passed away two months ago due to Covid-19. He was a great man who meant a great deal to me. I know how happy and proud he would have been to see me back in the ring, but losing him has just given me more drive and more purpose. He always said that I would be a world champion and I want to prove him right, for myself and for him.”

“On Thursday night, Ireland’s Joe Ward has a chance at redemption, facing the man who shared the ring with him on the night his knee dislocated and he lost his pro debut. Marco Delgado just defeated an unbeaten prospect and is now 7-1. This is a very significant fight and career-defining moment for both Joe and Marco,” said Lou DiBella, President of DiBella Entertainment. “With the passing of Jimmy Glenn and his friend and co-manager Joe Winters from Covid-19, while recovering from knee surgery, Joe has had to endure a lot, but he has shown the strength of character to move forward and work toward achieving his dream.”

“We’re incredibly excited about this opportunity,” said Adam Glenn, CEO of Times Square Boxing. “This has been a really tough year for Joe and the whole team, from the unfortunate knee injury, to the delays and difficulties due to Covid-19, to the devastating loss of Joe Winters, my business partner and co-manager of Joe, to Covid-19. Through it all, Joe Ward has been working hard and we’re incredibly proud of his perseverance and drive. A rematch with Delgado is an opportunity to set things right and remind everyone of why Joe is one of the most exciting prospects to ever come out of Ireland.”