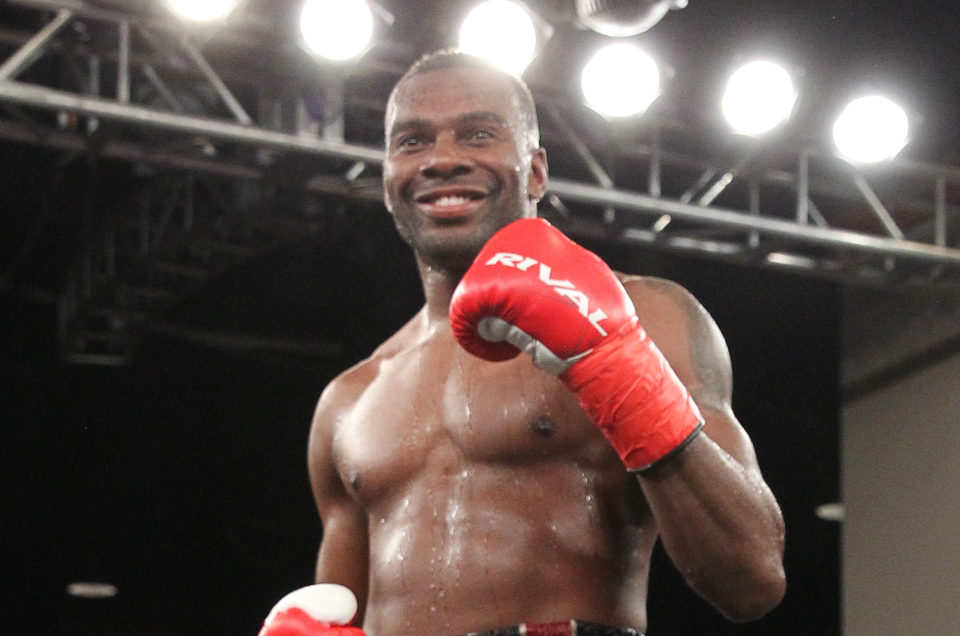 New York, NY (October 9, 2018) Undefeated middleweight contender Steve “Mister” Rolls (18-0, 10 KOs), of Toronto, Canada, has signed a multi-year extension to his promotional agreement with DiBella Entertainment (DBE), it was announced today.
Rolls is currently rated in the top-15 by the International Boxing Federation and World Boxing Council. Since originally singing with DBE in 2015, Rolls has been featured twice on ShoBox defeating previously unbeaten Steed Woodall in 2015 and current WBC-USNBC super middleweight champion Demond Nicholson in 2017.
Said Rolls, “I’m happy to renew my agreement with DiBella Entertainment, so we can continue working together to put me in position for what I’ve always wanted: a shot at the middleweight championship of the world.”
Added Lou DiBella, President of DiBella Entertainment, “Steve is a gentleman outside the ring, but a terror inside. He has accepted and passed every challenge put in front of him, including two nationally televised appearances against tough competition. With this extension in place, we have a mandate from Steve and his manager, Todd Christie, to begin an aggressive push toward a world title and all middleweight contenders should be on notice that ‘Mister’ Rolls is coming.”
Most recently, Rolls won an eight-round decision over Damian Ezequiel Bonelli on April 18, in his hometown of Toronto.
Rolls plans to return to the ring before the end of the year and details for his next bout will be announced soon.
Media Contact
Bernie Bahrmasel
Double B Publicity
Email: BernieBahrmasel@yahoo.com
Phone: + 1 773 592-2986
Twitter: @BernieBahrmasel
DiBella Entertainment
www.DBE1.com
Facebook.com/DiBellaEntertainment
Twitter: @LouDiBella, @DiBellaEnt
Instagram: DiBellaEnt
Website Admin