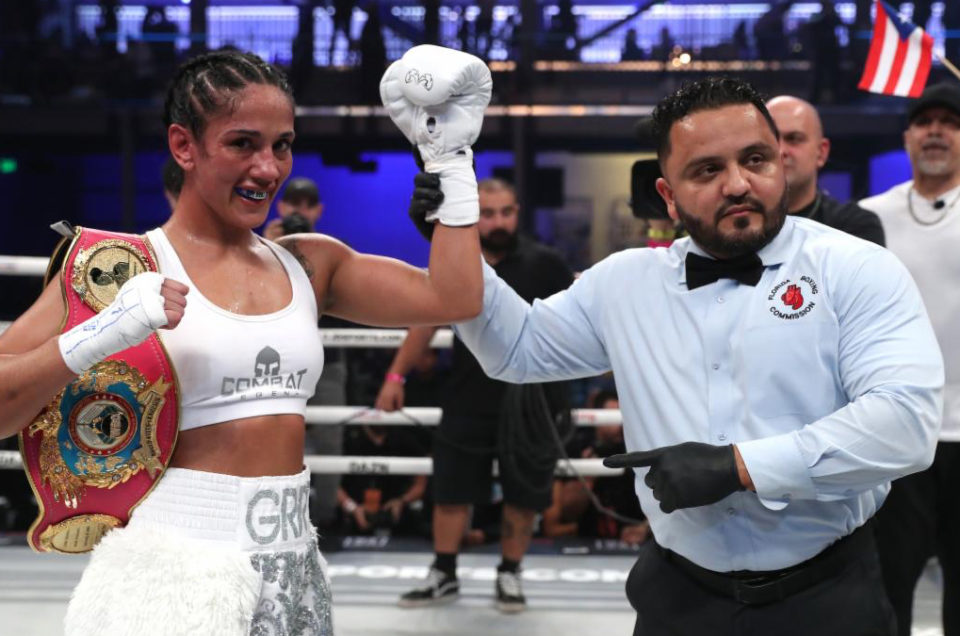 Co-promoted by DiBella Entertainment and Matchroom Boxing USA, the Puerto Rican native dominated the action, dropping Da Silva late in the second round then punishing her in the third with a barrage of shots to the head and body until the referee halted the contest 53 seconds into the frame.

Said the pleased Serrano, “I’m happy to have gotten the ring work after dedicating the last two months to strictly wrestling and jiujitsu for my canceled mixed martial arts fight. Thanks to my promoter, Lou DiBella, who I called and told that I needed to stay active and, as usual, he came through. My opponent was tough and game. She had just fought the very talented Tiara Brown last month so we knew she was not only in fighting shape but durable to go the distance with Brown.

“We wanted the work. When I fought Heather Hardy, after the first round, I took my foot off the gas. With this girl, I showed once I see you hurt, it’s wrap time. True fight fans knew the difference. I’m happy with my trainer Jordan’s decisions on what to do in the ring. There’s always a method to his madness.”

“Amanda Serrano’s performance against Simone Da Silva was yet another reminder that she’s the most dangerous lady in boxing,” said Lou DiBella, President of DiBella Entertainment. “She’ll prove that against Katie Taylor when they meet in what will be the Super Bowl of women’s boxing.”