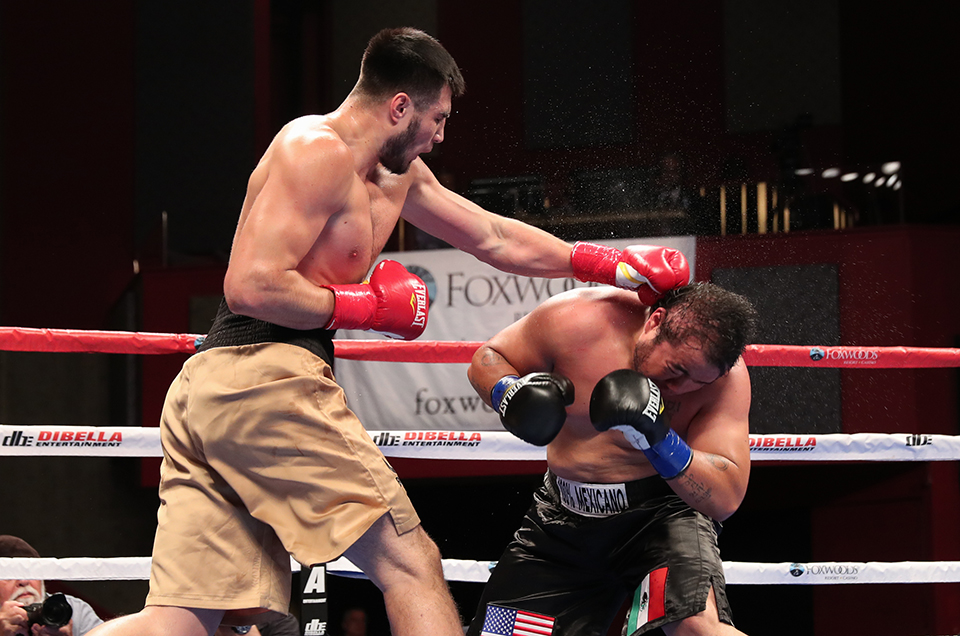 The 24-year-old Jalolov represented Uzbekistan in the 2016 Olympic Games in Rio de Janeiro, Brazil, where he was honored as his country’s flagbearer at the Opening Ceremonies. Compiling an impressive 84-13 amateur record, Jalolov was a four-time National champion from 2013-2016. He won gold medals at the Asian Amateur Boxing Championships in 2017, World Cup Tournament, Liventsev Memorial Tournament, Great Silk Way Tournament, and Duisenkul Shopokov Memorial Tournament in 2015, and at the World Cup of Petroleum Countries Tournament in 2014. During his amateur career, Jalolov also focused on his education, earning a Master’s Degree in Sports Science.

Since turning professional under the DiBella Entertainment banner in May 2018, the heavy-handed southpaw has quickly impressed boxing fans across the country with highlight reel knockouts.

“Known as the ‘Big Uzbek’, the giant 6’7″ heavyweight Bakhodir Jalolov is a former Olympian with massive knockout power,” said Lou DiBella, President of DiBella Entertainment. “With his gaudy amateur record, skills and size, Jalolov is already a force in the heavyweight division. I expect another impressive win on Friday against Willie Harvey and I will not hesitate to step him up in a major way immediately after.”

Trained by the renowned Joel Diaz in Indio, CA, Jalolov capped his perfect 2018 with a sensational first-round knockout of Marquis Valentine, on December 8, in LaPuente, CA.

Harvey heads into Friday’s battle with Jalolov following a first-round knockout of Paris Liles on January 26, in Charlotte, NC.