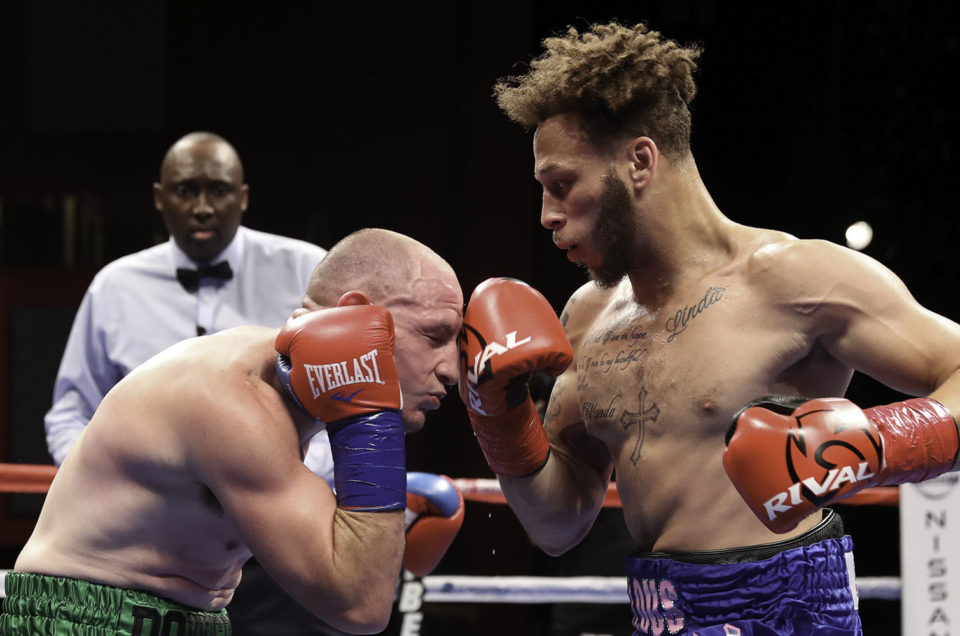 New York, NY (December 17, 2018) Top undefeated junior welterweight prospect Mykquan Williams (13-0, 7 KOs), of East Hartford, CT, has extended his exclusive promotional agreement with DiBella Entertainment. “We’re thrilled to continue working with Mykquan, who has clearly demonstrated the potential to become a world champion over the last couple of years working with him,” said Lou DiBella, President of DiBella Entertainment. “Mykquan has a very fan-friendly style and a massive fan base in the New England area where he has drawn huge crowds at Foxwoods. “We’ve got big plans for Mykquan going forward and I’m very excited to work with him and his team, manager Jackie Kallen and trainer Paul Cichon.” “Lou has been great to work with. He’s put me on the right path to become a world champion, one step at a time,” said the 20-year-old Williams. “I know he can guide me to where I want to go and I’m very excited about my future.” Said Kallen, “Lou and his team have done a wonderful job with Mykquan and I’m confident that they can bring him to a world title opportunity. We’re delighted to re-sign with DiBella Entertainment. The future is very bright for Mykquan, with TV exposure, 10-round fights and world rankings ahead in 2019.” Since turning professional in April 2016, the all-action Williams has fought 11 times at Foxwoods Resort Casino in Mashantucket, CT, drawing huge crowds to the iconic boxing venue, only 60 miles from his hometown. Further details on Williams’ next fight will be announced shortly. In his last start, Williams won a shutout eight-round decision against Martin Angel Martinez on November 21.